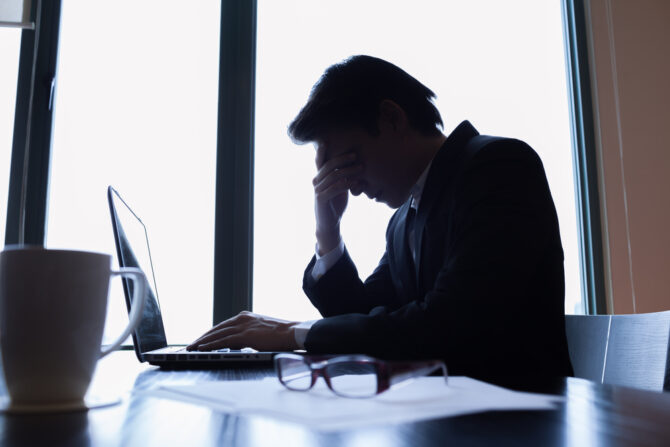 Being outed can be a traumatic event for LGBTQ individuals, and it’s especially bad when personal details become water cooler chatter in the workplace. One Reddit user revealed in the r/gay forum earlier this month that he was “beyond pissed off” because a coworker outed him to a new employee that day.

“He was showing the new person around, introducing them to everyone, and when they got to me, he told them my name and added, ‘I don’t know if it matters to you or not, but he’s gay,’” this user wrote.

He went on: “It is my choice and your choice who you come out to. No one, [not] even family, has the right to out you without your permission. I am not ashamed of who I am, but I prefer to know someone better before telling them my sexuality. I did not know this person’s belief on LGBTQIA [identities] or anything. When someone does that, they put you at risk. When I had a moment to talk to my coworker, I did so with management present so they would know how serious this is. … Everyone, and I mean everyone, has a right to privacy, especially when it comes to sexuality and gender.”

Related: He got his workplace harasser fired, and the harasser’s response was a total shock

In the comments, the outed guy said that his company is family-owned and doesn’t have an HR department, but he said that management at the company reprimanded the coworker in question.

And other Reddit users commiserated in the comment sections. “I understand how you feel, and things should not be this way. Period,” one wrote. “I’m sorry your coworker betrayed your trust like that. They have no respect for you as a person or your wellbeing.”

That commenter also shared a “rule of thumb” that reflects the sorry state of workplace privacy: “If I choose to trust one person with my sexuality, I need to be prepared for everyone in that circle to find out eventually.”

Another commenter urged the outed worker to set the boundaries that the person who blabbed obviously can’t set for himself: “I would pull that coworker aside and say to him that one’s sexual orientation, or anything of a sexual nature, is not to be discussed in the workplace. … He’s lucky you aren’t doing everything you can to have him fired.”

And a third commenter wrote, “That was completely inappropriate behavior. In a modern inclusive workplace, no one’s personal characteristics should ‘matter’ to someone else. I don’t get to judge someone’s gender/age/faith/whatever—I have a duty to treat them with respect and work with them effectively, just as they should respect me.”

Related: Supervisor takes aggression out on bisexual staffer after her husband leaves her for another man

After the Jeff Varner–Zeke Smith drama on Survivor in 2017, MarketWatch covered workplace rules about LGBTQ employees, including experts’ guidance that workers should never disclose another coworker’s sexual orientation of gender identity.

Darnley Stewart, an employment discrimination lawyer with the New York City law firm Outten & Golden, told MarketWatch that it’s “not illegal to out someone in the workplace.” But she added that in states with non-discrimination laws covering LGBTQ identities, a worker who faces a more hostile work environment as the result of being outed at work could have grounds for a lawsuit.