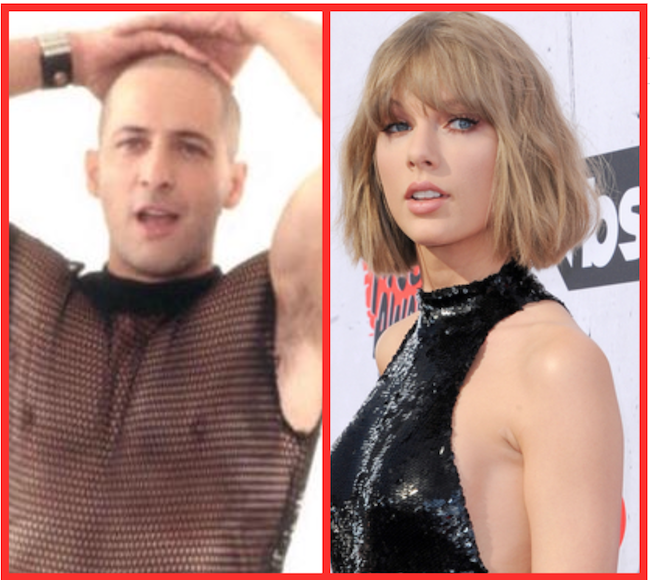 Now, pause for another moment to consider pop star Taylor Swift, even if she happens to be doing this:

While the two acts epitomize the term “strange bedfellows,” Swift has nevertheless lifted heavily from “I’m Too Sexy” for her new, curiously toothless single, “Look What You Made Me Do.”

Related: Which Of Taylor Swift’s Previous Boyfriends Are Actually Gay?

The main “hook” — which is, like, a kick drum and some shakers — was lifted part and parcel from “I’m Too Sexy,” and the three members of the band —  the titular Fred Fairbrass, Richard Fairbrass and Rob Manzoli – even have writing credits on the song.

According to NME, the official song credits claim the track features “an interpolation of a melody.”

Right Said Friend is understandably quite pleased with all of this attention, languidly tearing off their mesh tank-tops and writing on Twitter, “Thank you @taylorswift13 ?? what a marvelous reinvention!”

On the other hand, the rest of the Internet is jolly, jolly cross.

This failed attempt at a Taylor Swift/Right Said Fred joke has been sitting atop my Twitter timeline all morning pic.twitter.com/AoNDIB4xKa

This is not the Taylor song I hoped to wake up to.

Victim stance ??
Emotional resonance ??
Can I dance to it? ??
Right Said Fred ??

Frankly, they’re pissed — you can tell because they mention “pedantry run amok,” which always means pissed.

Taylor Swift is too sexy for this song: