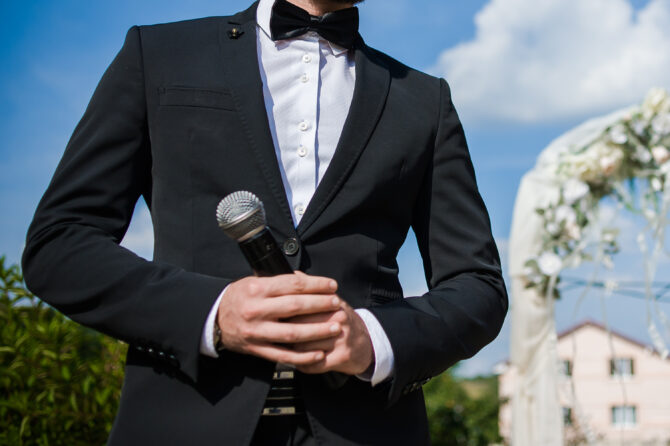 There is no “right time” to come out of the closet, but judging by the reaction to one woman’s story, there might be a few “wrong times.”

In an anonymous Reddit post titled “Am I the a**hole (AITA) for throwing a ‘tantrum’ after my brother came out at my wedding?”, the woman, 27, explained that she came out as a lesbian to her homophobic parents when she was 12 years old, and that it took them years to accept.

It also caused her younger brother, Olly, to become her parents’ de facto “golden child.” “It made my relationship with Olly a little salty,” she wrote.

She explained that her parents and Olly attended her recent wedding, which she described as a “welcoming environment” with many queer people in attendance.

During the reception, she noticed a commotion coming from her family’s table. Her brother, now 23, had just come out to their parents as gay.

“Olly took advantage of the moment to come out (nothing new, I had doubted his sexuality since he was a child, but it wasn’t up to me to expose it),” the post read. “My dad got mad when I wasn’t surprised and accused me of hiding that kind of thing. In addition to making comments about being disgusted with the fact that his children are two f**gots.”

“I told my parents: ‘You can’t for a single night swallow your fucking prejudice. And for Olly: ‘Of all times, you knowing that it took them both a decade to accept me back, can’t you choose any other day? I don’t care about you being gay, you have to be whoever you want to be, but WHY today?'”

She said virtually everyone at the event heard the argument, and that her fiancée, Polly, intervened before Olly and her parents left.

Related: Woman who outed ex to his fundamentalist, Mormon family wonders: “Am I an a**hole?”

While she admits it wasn’t her finest moment, the woman said the moment caused childhood traumas to return, which isn’t ideal for your wedding day.

“My parents aren’t talking to me,” she revealed, “and I honestly don’t feel like it. But I know my brother is saying that I was homophobic and destroyed his moment of coming out. AITA?”

Survey says…no, she’s not the a**hole.

Nearly 1,000 Redditors chimed in with their thoughts, mostly to criticize her brother her family.

Here’s a small sampling of the responses:

“This is giving me ‘I’m going to propose at my sibling / friends wedding’ vibes. Olly can be who he wants but this was not the time or place to come out, it just screams ‘drama.’ NTA.”

“Your parents are bigots, and Olly picked a really bad time to come out. It wasn’t Olly’s day. It was your day, and he tried to make it about him for some reason.”

“Golden boy wanted the spotlight back on him where it belongs. Parents are obviously TA. I’m sorry this was the family you got lumped with. Congratulations on the wedding.”

“​​Everyone here is an a**hole except you. Your brother should not have coopted your day. I hate to say it, but your parents really sounds awful.”

“NTA I’m dying at him calling his gay sister ‘homophobic’ bc she wasn’t happy he came out at her gay wedding.”

One commenter shared a different take: “I give Olly the benefit of the doubt as far as why he chose this time. He probably didn’t plan it. He most likely got caught up in the very loving, LGBTQ-safe environment, saw his parents behaving even though they are openly homophobic, and thought this was the perfect time.”