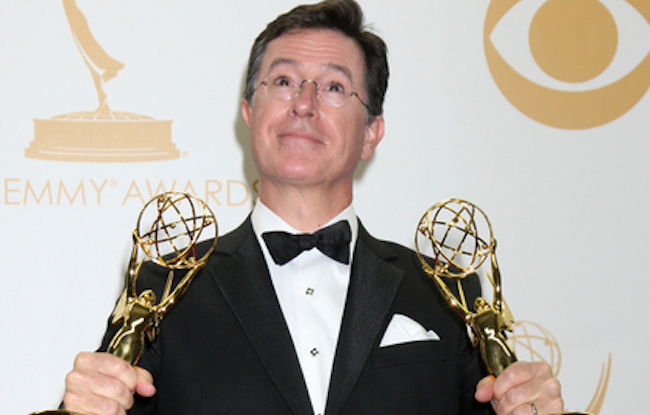 Even on Strangers with Candy, Stephen Colbert’s public persona erred on the side of the debonair — winkingly conservative, but always well-maintained. The same could be said of his presence on The Daily Show, The Stephen Colbert Show, and now, The Late Show.

It wasn’t always that way. A younger Stephen Colbert appeared rather untamed and tempestuous — windswept, even — with long, lustrous  locks and a well-maintained beard. A picture from 1984 has been unearthed and it’s making all the people of the Internet swoon, so shooketh are they.

But does it make you swoon? Well? 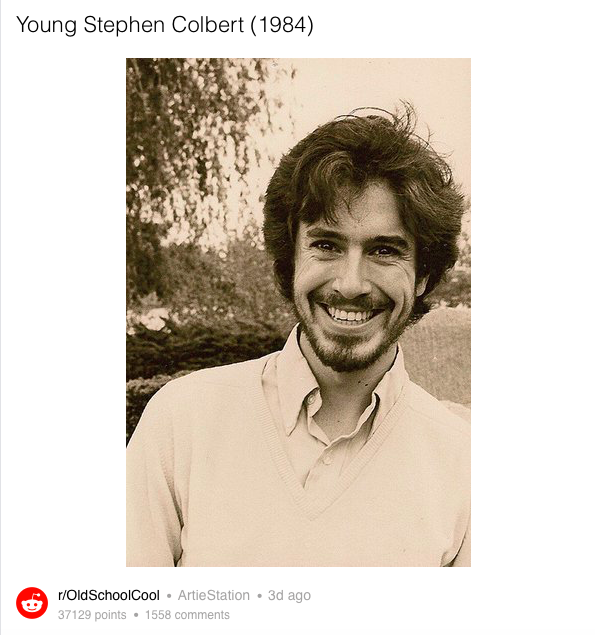 The image, which originally surfaced on Reddit, is clearly turning the community irrationally lusty, leading one Redditor to write:

“You don’t have to be a woman to appreciate some delicious, let-me-run-my-fingers-through-it hair. Speaking from experience.”

“Seeing old pics like this make me have hope I will one day figure out what the f**k to do with my hair,” writes another.

And then there’s this:

“Why is Stephen Colbert perfect? Smart, funny, handsome, and dog owner too?!”

There were memes. There’s always memes.

What’s your take? Does young Stephen Colbert make you feel all hot and bothered, or has the Internet officially lost their goddamn minds? Sound off in the comments below with your usual decorum and grace.