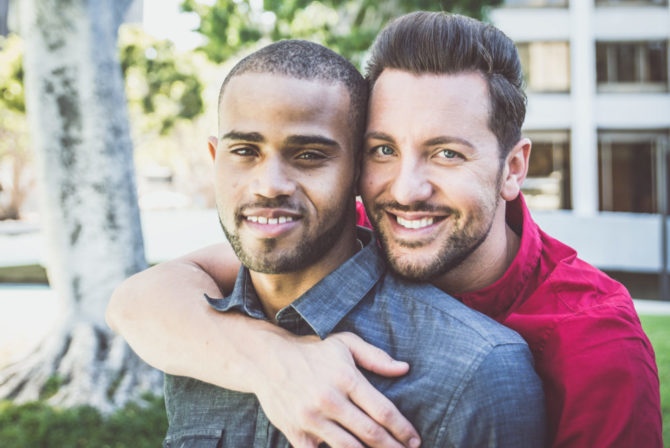 A new article published by Red & Black digs into a controversial topic that really shouldn’t be all that controversial in the year 2018: queer interracial relationships.

Titus Williams and Corey Robinson live in Athens, Georgia and have been dating for about seven months. In many ways, they’re just your average same-sex couple. They like going out to restaurants, going out to bars, or just hanging out at home.

But there’s one thing they say that separates them from many in the crowd: their different races.

Titus is caucasian. Corey is mixed, Black and white. Because of this, Titus says, he gets a front row seat to how POC in the queer community are treated. And it’s not always pretty.

“The stigma of race in the gay community itself is a [huge problem],” Titus says. “Corey is mixed, Black and white, and with this, a lot of times his race is fetishized.”

“There are plenty of Grindr profiles that say, ‘No Blacks. Whites only.’ And that is a big deal,” he says. “That has a long way to go.”

Kai Yost can certainly relate. He describes himself as half white, half Asian. He’s currently in a relationship with a caucasian man but he tells Red & Black that when he was single, guys were constantly fixating on his race.

“I had a friend last year who was also half white, half Asian,” he says. “What’s funny is that year, I was on Grindr, and we found out we slept with the exact same people and they all said the exact same thing to us, regarding race.”

In a video released last year, the dating app Jack’d took Grindr to task for promoting racism and racial fetishization by continuing to allow its members to post awful things minorities and comparing it to “living in the 1960s.”

Other apps like Chappy have made combating racism and racial fetishization a large part of their marketing strategies.

Last year, Chappy came up with the “Don’t Be a D!ck” campaign, which asked users the thought-provoking question, “Why be a dick to someone when you could just swipe left?” From there, they developed “The Pledge,” requiring users to promise to refrain from bias to create a “judgment-free platform” or be banned from the app.

Related: Fox News host breaks down in tears because talking about racism makes her “uncomfortable”

While there is certainly much work to be done, the good news is these conversations are finally happening in a more mainstream setting.

“In America in general, I’d say conditions [for the LGBTQ community] are improving. That’s usually what happens in most situations,” Corey tells Red & Black. “[Although] it still hasn’t gone away and [the issues] are still there, they’re decreasing.”