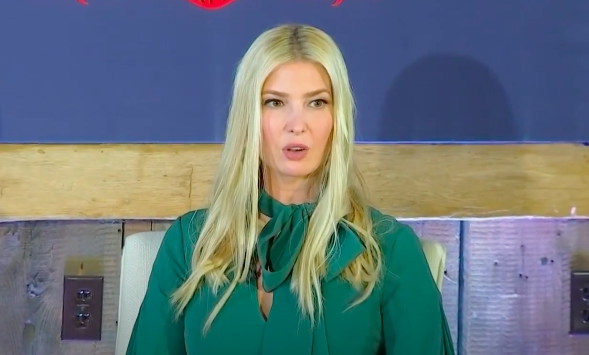 It appears reality may be sinking in for Ivanka Trump.

The first daughter had a little freakout on Twitter yesterday evening after the New York Times published a damning new story about the ongoing investigations into the Trump Organization.

“This is harassment pure and simple,” she tweeted, along with a link to the article.

“This ‘inquiry’ by NYC democrats is 100% motivated by politics, publicity and rage. They know very well that there’s nothing here and that there was no tax benefit whatsoever. These politicians are simply ruthless.”

This is harassment pure and simple. This ‘inquiry’ by NYC democrats is 100% motivated by politics, publicity and rage. They know very well that there’s nothing here and that there was no tax benefit whatsoever. These politicians are simply ruthless.https://t.co/4dQoDzQlRX

The first daughter typically doesn’t comment on the investigations into her father and his business dealings, choosing instead focus on her own image and taking credit for other people’s accomplishments.

So what’s different this time?

Well, according to Trump Organization tax records that leaked back in September, the company wrote off $26 million in “consulting fees” between 2010 and 2018. Of that $26 million, almost $750,000 appear to have gone directly into the pockets of Ivanka’s designer jeans.

Reports show that the Trump Organization paid $747,622 to some random consulting company she owns, then it turned around and wrote that exact same amount off as a tax deduction for hotel projects in Hawaii and Vancouver.

But it gets shadier.

Because those same hotel projects in Hawaii and Vancouver were also being managed by Ivanka, as part of her responsibilities as an executive officer with the Trump Organization, for which she drew an annual salary of approximately $480,000.

In other words, it looks as though Ivanka hired herself as a consultant on a project for her dad’s company that she was already being paid to oversee, which could end up being a biiiiig problem for her, since it’s illegal for businesses to write off huge fees to “independent contractors” who aren’t actually independent contractors.

No wonder she feels “harassed.”

Who was it who said, “if you’re innocent, you have nothing to worry about.” And…you seem worried, Ivanka. Wonder why.

Your “Victimhood” is shocking to the senses! How many American deaths are YOU directly responsible for?

You think Politicians are ruthless? Wait until you start interacting with Prosecutors.

Pucker up, Buttercup! You bought the ticket, now you’re going to take the ride!

If you didn’t break the fucking law, you’ve got nothing to worry about, kiddo.

Somebody’s going to prison like their father and father-in-law. pic.twitter.com/sT1tEokjHu

If you said exactly this about the challenges to the vote count in the election you would be 100% correct.

You’re gonna need a lawyer. This one might be free if not in the cell next to you. pic.twitter.com/saKqSwQ5kb

In 61 days your pops won’t be able to do anything to help you.

In fact, he may be really worried about the guys he owes money to. High likelihood he’ll be distracted.