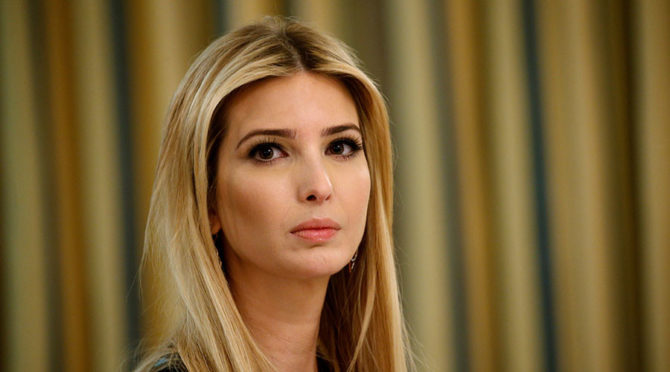 After the horrific mass shootings in El Paso, Texas and Dayton, Ohio over the weekend, politicians, pundits, and gun reform activists took to Twitter to spout the usual platitudes about thoughts and prayers, cowardly acts, and rejecting hate.

Among the chorus of voices was first daughter Ivanka Trump.

On Sunday, Ivanka tweeted: “As our nation mourns the senseless loss of life in El Paso, Texas and Dayton, Ohio and prays for the victims and their loved ones, we must also raise our voices in rejection of these heinous and cowardly acts of hate, terror and violence.”

She followed that up with a second tweet that said: “White supremacy, like all other forms of terrorism, is an evil that must be destroyed.”

White supremacy, like all other forms of terrorism, is an evil that must be destroyed.

Needless to say, Ivanka’s call for white supremacy to be destroyed didn’t play so well with the masses.

Are you punking us right now?

Is someone gonna tell her?

With respect to everyone the mic drop happens here @cmclymer much respect!!!! pic.twitter.com/EEjClRPiFz

Your commitment to willful ignorance and extreme lack of self awareness is astounding pic.twitter.com/luajUqo0L7

This is like the horror movie where the entire audience knows the father is evil, but the daughter is too clueless to realize it.

You’re setting yourself for an awkward Thanksgiving dinner.

I know he’s your dad, but it’s still illegal to threaten the President like that.