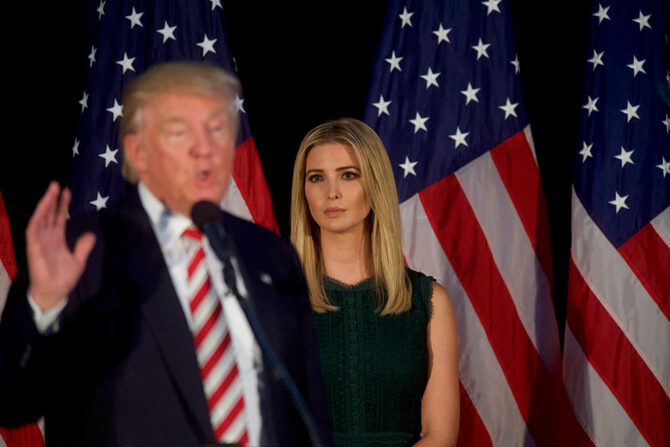 Ivanka Trump has always stood out as the smart one among her siblings. She once again proved this to be true when she announced she’s begun discussions with the House select committee investigating January 6 about possibly sitting down for an interview.

“Ivanka Trump is in discussions with the Committee to voluntarily appear for an interview,” a spokesperson for the former first daughter said in a statement issued yesterday.

To be clear, Ivanka hasn’t agreed to appear for an interview, only that she will entertain the idea of doing so. This thing is far from settled.

Last month, the committee sent the former discount fashion designer a letter requesting her cooperation with its investigation into her dad’s failed attempt at overthrowing the 2020 election results.

The Select Committee is requesting that Ivanka Trump provide information for the committee’s investigation.

In a letter to Ms. Trump seeking a voluntary interview, Chair @BennieGThompson underscored evidence that Trump was in direct contact with the former President on Jan 6th.

Ivanka ignored the letter for over a month… until this week. So, why the sudden change of heart?

Who knows? But it could have a little something to do with those reports last week about panel discussing whether to issue her a subpoena, which would force her to cooperate with the inquiry or risk being held in contempt and sent to jail.

Related: It looks like Ivanka Trump is about to become #SubpoenaedBarbie by the January 6 committee

Last month, Mary Trump predicted that Ivanka would eventually flip on her father if she thought it was in her best interest, and it certainly feels like that’s where this might be headed.

“She knows she has to come down on the right side of things,” Mary told MSNBC’s Alex Witt. “Or, she’ll continue to stay her father’s ally, and have to see how that plays out.”

She added that Ivanka is likely making a “calculation” as to what will “help her in the long run.”