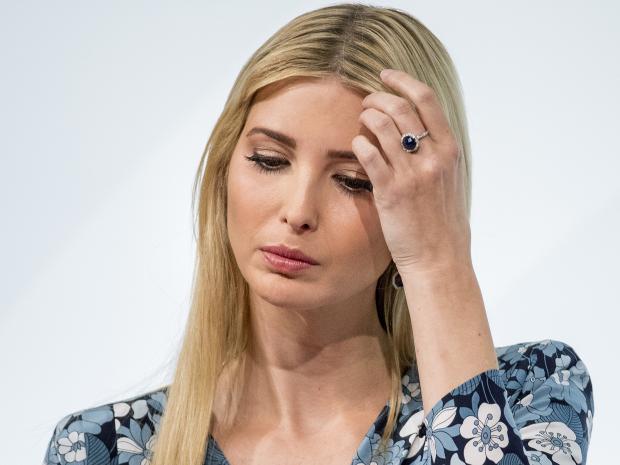 Remember when Ivanka Trump said she was going to “moderate” her father’s extremist views and be an advocate for women’s issues in the White House, and that’s why she was given an office in the White House, top-level security clearance, and invited to sit in on high-profile meetings between the president, business leaders, and foreign dignitaries?

Related: Ivanka Trump says she’s depressed by the “viciousness” and “ferocity” of her critics

Well, she’s failed to deliver on that promise. And now, she’s rewriting the narrative, saying she never claimed anything of the sort and anyone who expects her to change her father’s mind on anything is being “unrealistic.”

Speaking to the Financial Times this week, Ivanka says, “Some people have created unrealistic expectations of what they expect from me. That my presence in and of itself would carry so much weight with my father that he would abandon his core values and the agenda that the American people voted for when they elected him.”

Well, she says, that’s “not going to happen. To those critics, shy of turning my father into a liberal, I’d be a failure to them.”

Not that she cares what any of those jerks think.

“Whether my contribution ultimately lives up to the expectations of some of the harshest critics? Only time will tell,” she adds. “But I will not be distracted by the noise.”

When asked why she doesn’t speak out when her dad says things like “Not all Nazis are bad” or “Trans people are a distraction,” Ivanka says it would be disloyal to Daddy.

At least she’s right about that. All the undermining seems to happen in off the record leaks to the media.

Related: Ivanka Trump shared her ‘fan mail’ on Twitter and it didn’t go so well