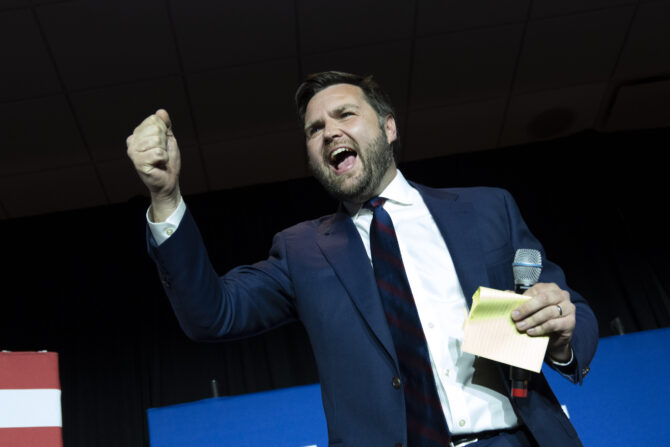 Another conservative politician has spoken out strongly against adult entertainment in the face of all of the other actual issues our country is facing, and people are laughing to keep from pulling their hair out.

Hillbilly Elegy author and, somehow, Senate candidate J.D. Vance was quoted in a recently unearthed article from fearmonger rag Crisis Magazine as saying he wanted to outright ban adult content. Surprising that he’d take this route after how poorly received that tactic was for his contemporary Senator Josh Hawley, but not-so-great minds think alike.

Vance went on to say, “I think the combination of [adult entertainment], abortion have basically created a really lonely, isolated generation that isn’t getting married, they’re not having families, and they’re actually not even totally sure how to interact with each other.”

This is just the latest widely discovered statement from Vance which, on top of his steadily right-wing trending political agenda, has people totally fed up:

Which will make it tougher for JD Vance to go fuck himself.

They don’t want their wives finding out that they’re supposed to climax.

I hope JD Vance can beat off all his detractors, and he and Trump can double team the anti-porn issue. This could be the money shot he needed to erect a successful campaign, go wall-to-wall, wave a merkin flag high, and finish big all over Ohio!

They’re telling on themselves.

He thinks a money shot is more lethal than an AR15 shot.

I’d like to know what’s in JD Vance’s browser history….

— Republicans against Trumpism (@RpsAgainstTrump) May 31, 2022

Here’s a thought: Before conservatives look to things like queerness, abortion rights, or even racy films as destroying American families, maybe they should start with the gun control that would keep more American families intact.