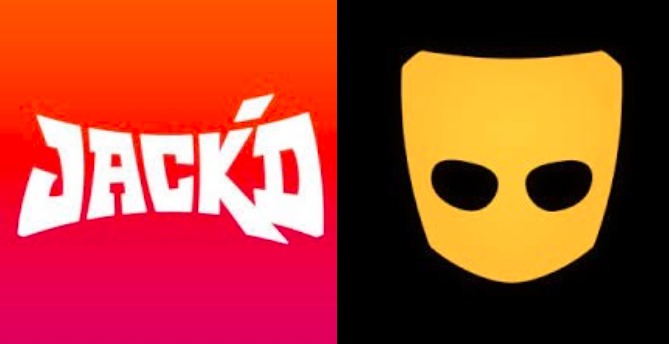 Jack’d has fighting words for Grindr.

In a new online ad, Jack’d calls out Grindr for promoting racism by continuing to allow its members to post awful things like “No blacks, no Asians” and comparing it to “living in the 1960s.”

“37% of Americans identify as Black, Hispanic, Latino, or Asian,” the add states. “But do you see them on Grindr? What’s up with that?”

The ad goes on to say that Jack’d wants to be a part of “the generation that ends racism.”

When asked for comment, Grindr’s VP of Marketing, Peter Sloterdyk, denied the accusations, saying the problem isn’t exclusive to them.

“Sexual racism is a larger problem within our community and impacts all dating apps, not just Grindr,” he told the Advocate. Grindr, he added, does “prohibit the use of offensive or racist language and encourage our community to report offending profiles through our app’s built-in system.”

Of course, this is contradicted by Grindr’s own founder/CEO Joel Simkhai who, just last December, told Broadly, “To say, ‘I’m only into black guys’—is that a bad thing? I think we should allow you to say that, because that’s your preference.”

Alon Rivel, director of global marketing at Jack’d, agrees the problem extends beyond Grindr. But as the leading hookup app for gay men, he believes it has not done a good enough job trying to change the dialogue.

“Whether we like it or not,” Rivel says,”[Grindr] is the leader in the gay dating app space and they set a tone for the rest of the gay community.”

He adds, “Grindr has been highlighted in the press repeatedly as being racist and only profiling men who fit one standard of beauty. It is not that we are signaling them out, we are just reiterating what the public is writing and experiencing.”