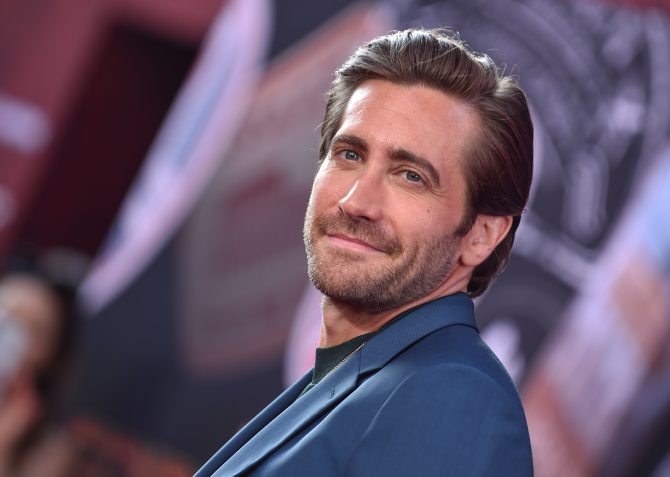 A decade and a half after starring in Brokeback Mountain, Jake Gyllenhaal seems primed for his next gay film role. According to Daily Mail entertainment columnist Baz Bamigboye, the Oscar-nominated actor will star as cartoonist Alison Bechdel’s father, Bruce Bechdel, in a big-screen adaptation of the Tony-winning musical Fun Home.

Per Bamigboye, Gyllenhaal’s production company is developing the film, with Sam Gold on board as director. Gold directed Fun Home both off and on Broadway and won a 2015 Tony Award for his efforts.

With a book by Lisa Kron and a score by Krone’s and Jeanine Tesori, the musical Fun Home “introduces us to Alison at three different ages, revealing memories of her uniquely dysfunctional family that connect with her in surprising new ways,” adapted from Alison’s best-selling “tragicomic” memoir of the same name. As much as the story centers on Alison’s development, it also focuses on the hidden life of her father, a closeted funeral director.

Gyllenhaal has been on a roll since playing a cowboy in love with another cowboy in 2005’s Brokeback Mountain, a role for which he received an Academy Award nomination. Highlights of his filmography in the years since include the films Brothers, Prisoners, Nightcrawler, Southpaw, and Nocturnal Animals.

Related: Director spills the tea on which A-listers turned down ‘Brokeback Mountain’

The actor recently reflected on Brokeback Mountain and his costar Heath Ledger, telling Today that Ledger “would never joke. [If] someone wanted to make a joke about the story or whatever, he was like, ‘No. This is about love.’”

The film “opened tons of doors,” Gyllenhaal added. “It was crazy [and] it was amazing. It’s defined my career in different ways.”