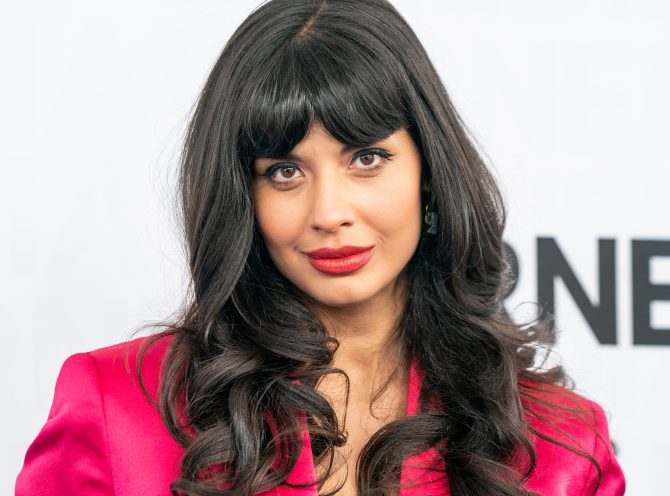 The controversy around her involvement in the voguing TV competition series Legendary made for a legendarily bad week for Jameela Jamil, it seems. The Good Place actress came out as queer on Twitter on February 5 amid criticism that the Legendary producers had enlisted an ostensibly straight, cisgender person for the judging panel. And in a February 10 Instagram post, she reflected on the fracas:

Well. Last week was a perfect clusterf*ck. It was completely overwhelming. The sequence of events was insane, a misunderstanding was left uncorrected for too long, and misinformation spread too far, too fast, then my timing was bad, and in a moment of distress and pain, personal things were blurted out because when you have a secret for decades and you’re traumatized, it always feels like it might just f*cking burst out of you at any given moment, even the most inappropriate and unfortunate ones. I thankfully chose the *most* inappropriate and unfortunate time, maybe ever, for mine. So now you don’t have to feel embarrassed about yours. I PEAKED FOR ALL OF US!

Related: Nathan Lane recalls that time Oprah tried to out him on her show, says, “It was terrifying”

After Deadline reported that she would be a judge on the upcoming HBO Max series, Jamil tweeted a coming-out statement, which began with the assertion that Twitter is “brutal.”

“This is why I never officially came out as queer,” she wrote at the time. “I added a rainbow to my name when I felt ready a few years ago. … It’s also scary as an actor to openly admit your sexuality, especially when you’re already a brown female in your thirties. This is absolutely not how I wanted it to come out.”

But timing aside. Better out than in, and thank you for the thousands of messages of kindness and deeply personal letters from strangers and people I know, coming out to me privately. I don’t take it lightly and am happy for you that you felt ready to tell even one person. Do it whenever you feel the time is right, as long as you think you’ll be safe. Don’t feel bad for hiding it for as long as you need, and move at your own pace. But feel no shame about getting it off your chest and know you aren’t alone. There is a huge community of people who understand you, respect you and stand with you.

She ended her post by “hoping this week will be calmer than the last, and sending everyone the most love.”

Deadline reports that Legendary will also feature Megan Thee Stallion, Law Roach, and Leiomy Maldonado on the judging panel. “Divas will battle on voguing teams called ‘houses,’ with the chance to win a cash prize in ballsy fashion and dance challenges to ultimately achieve ‘Legendary’ status,” the site reveals. “Legendary will feature 10 voguing ‘houses,’ each comprised of five performers and a leader – the house ‘parent.’ The teams rotate in a round-robin format, and each episode documents a themed ball from start to finish.”

The 10-episode series does not yet have a premiere date.