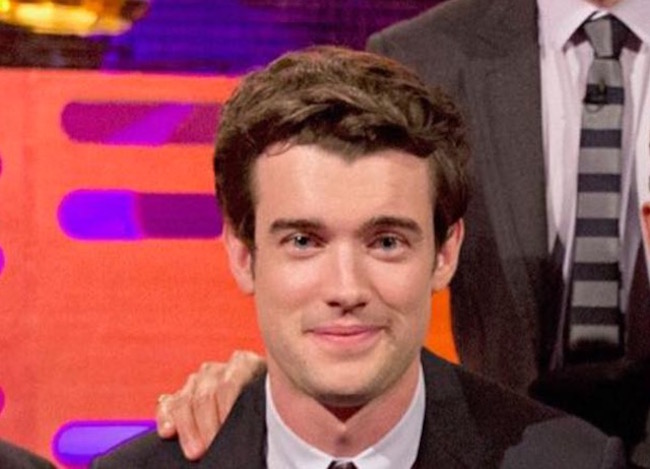 Jack Whitehall is opening up about that one special time he suspected a photo of himself in the nude had made its way into the tremulous clutches of the Internet.

During an appearance on The Late Show with James Corden earlier this week, the British comedian confessed he once almost had a bona fide nervous breakdown when an acquaintance told him a photo of his penis was making the rounds.

This confused him, as he sworn he’d never taken a dick pic before. Nevertheless, he demanded his agent get the photo removed from the Internet immediately.

“I was told that there was a penis pic of me circulating online, and I was very distressed,” he says. “This can’t be happening because I’ve never taken a photograph of my junk in my life…”

He calmed down considerably once he got a glimpse of the photo, however.

“I called up my agent and told him to get a lawyer and shut this down, make it go away. Then, a friend sent me the picture…

“It was the most beautiful penis I’ve ever seen. It was unbelievable…long and tan… a beautiful magical thing.”

You really can’t buy that kind of publicity.