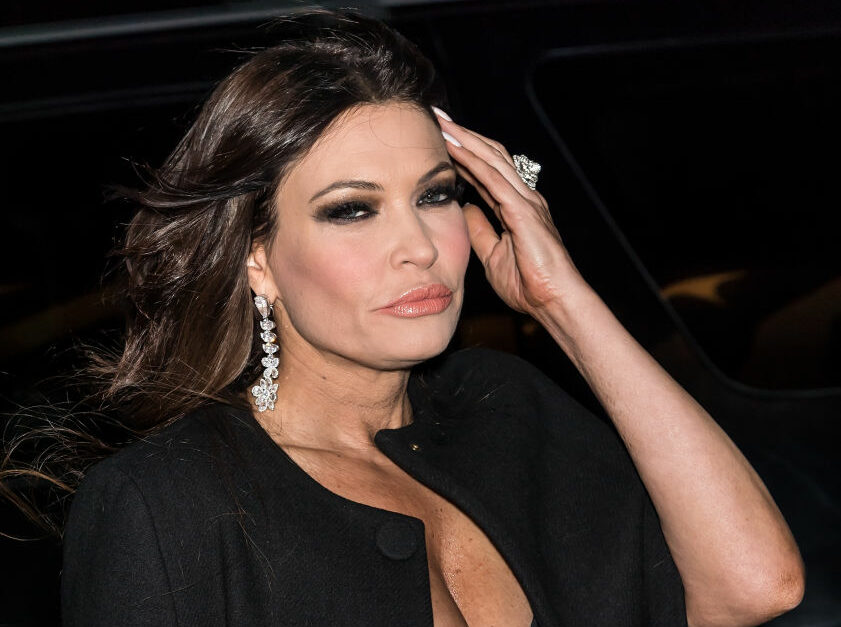 The House select committee investigating January 6 has just obtained Kimberly Guilfoyle‘s phone records and everyone is shuddering at the thought of what they might include.

CNN reports that the records show all of Guilfoyle’s incoming and outgoing calls, including dates, times, and durations, made on and around January 6, 2021. They also include a log of her texts, although they do not show the substance or content of the messages.

Guilfoyle played a major role in planning and promoting Donald Trump‘s “Stop the Steal” efforts, including fundraising a reported $3 million for the pre-insurrection rally on the Ellipse. During the rally, Don Jr. shared a now infamous video of her dancing, phone in hand, backstage to Laura Branigan’s song “Gloria.”

It appears to be the first time the select committee has issued a subpoena that targeted a member of the Trump family, in what marks a significant escalation of the investigation into Trump’s role in the January 6 insurrection. The decision to subpoena communication records involving the Trump family underscores the aggressive tack the committee is taking as it races to complete its investigation while battling Trump in court over access to documents from his administration.

Yesterday, the Supreme Court dealt the ex-president a major blow when it OK’d the release of records from the Trump White House to the January 6 committee.

Related: Kimberly Guilfoyle is obsessed with A-Rod’s Instagram page and it’s getting creepy

Trump had been trying to block 700 documents, including schedules, speech and call logs, and handwritten notes from former White House chief of staff Mark Meadows, from being transferred from the National Archives to the committee.

Now, here’s what Twitter is saying about Guilfoyle’s phone records…

Kim Guilfoyle’s phone records have been subpoenaed. I’ll bet every text is in ALL CAPS. @kimguilfoyle

Kimberly Guilfoyle’s phone records are in the hands of the January 6th Committee.

She was right, the best was yet to come.

Kimberly Guilfoyle’s phone records are in the hands of the January 6th Committee, and health official are recommending washing them while singing happy birthday a few times a day.

They got Kimberly Guilfoyle’s phone records & Rudy Giuliani in the same day??
Looks like “The best is yet to come” didn’t end up meaning what either of them had once hoped for. ? pic.twitter.com/4BTyn1nSJV

There will be a delay of the release of Kimberly Guilfoyle's text messages until HazMat suits and penicillin shots can be provided to all people who will come in contact with those texts.

Thoughts and prayers to whoever has to review Kimberly Guilfoyle’s phone records ?

You have to know that most of Kimberly Guilfoyle's texts are filthy. Looking forward to them. ?

Fox News Anchors realizing that any text messages they sent to Eric Trump or Kimberly Guilfoyle are now in the hands of the January 6th Committee. pic.twitter.com/RozXvYKQGA

The 1/6 committee subpoenaed Kimberly Guilfoyle's phone records and I think I speak for everyone when I say I hope we don't get a Don Jr sex tape.