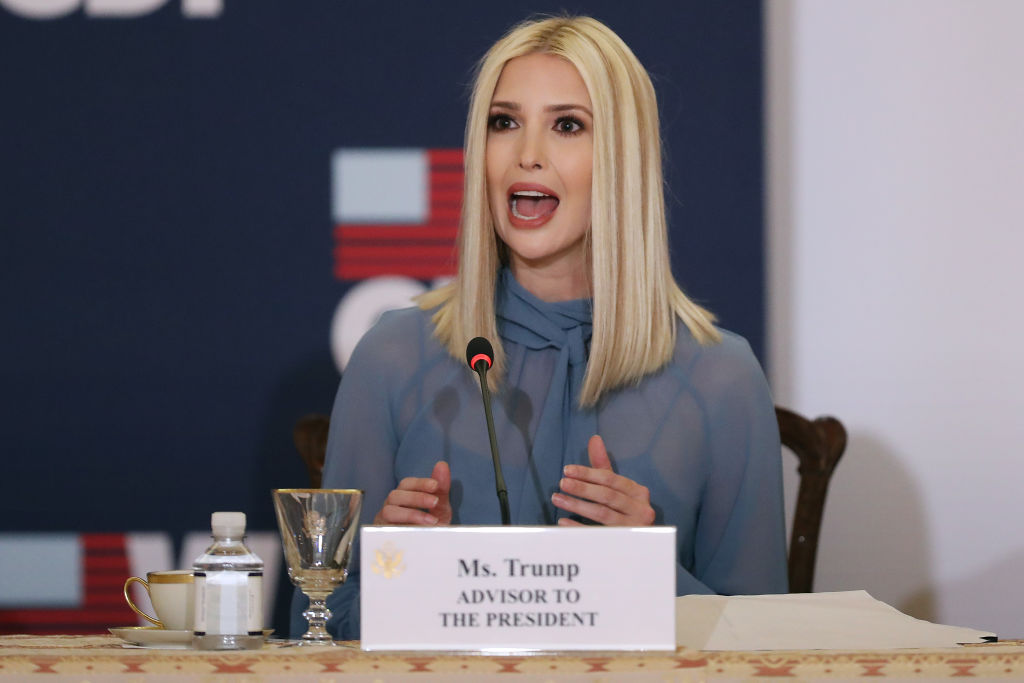 Ivanka Trump received a letter this morning from the House select committee investigating January 6 and they’d like to have a few words with her. Gulp.

The letter was publicly released hours ago and requests the former handbag designer/senior White House adviser cooperate with the committee’s ongoing investigation by coming in to answer a few questions.

The Select Committee is requesting that Ivanka Trump provide information for the committee’s investigation.

In a letter to Ms. Trump seeking a voluntary interview, Chair @BennieGThompson underscored evidence that Trump was in direct contact with the former President on Jan 6th.

The fact that Ivanka is being called upon is major signal that the panel closing in on Donald Trump‘s inner circle.

A key investigative thread the panel wishes to discuss further with Ivanka Trump is her knowledge of her father’s efforts to try and stop the certification of the 2020 presidential election and the specific pressure campaign that he enacted on former Vice President Mike Pence to bend to his will.

The panel said Ivanka was privy to a telephone conversation between her father and Pence on the morning of January 6 where her father tried to convince Pence to impede the certification of the 2020 presidential election, where she could only hear her father’s side of the conversation.

It seems highly unlikely Ivanka will cooperate with the investigation, even if she’s subpoenaed, which would be the next committee’s next move if she doesn’t respond to the letter.

Related: The Jan. 6 committee has Kimberly Guilfoyle’s phone records and everyone is thinking the same thing

A spokesperson for the former first daughter hinted that she doesn’t intend to comply, saying, “Ivanka Trump just learned that the January 6 Committee issued a public letter asking her to appear. As the Committee already knows, Ivanka did not speak at the January 6 rally. As she publicly stated that day at 3:15pm, ‘any security breach or disrespect to our law enforcement is unacceptable. The violence must stop immediately. Please be peaceful.'”

Meanwhile, here’s what Twitter has to say about the whole thing…

Should the January 6 Committee SUBPOENA Ivanka Trump instead of asking her nicely?

Ivanka Trump is not taking my calls today. Weird.

January 6 Committee to Ivanka Trump: "We are particularly interested in this question: Why didn't White House staff simply ask the President to walk to the briefing room and appear on live television—to ask the crowd to leave the Capitol?"

She's going to try to make it in between her busy schedule of stealing from charities and committing treason.

REMINDER: Ivanka Trump thought she was going to be the first woman president. ?

Noteworthy excerpts from the US House Jan 6 Committee letter to Ivanka Trump:

"The President was, according to one account, "stubborn" and staff recognized that you may be the only person who could persuade him"

JUST IN: Ivanka Trump spotted at Louis Vuitton getting something fashionable for her PerpWalk.

Dear Ivanka Trump, please give the Jan 6 committee your testimony. It’s voluntary. Be a patriot.