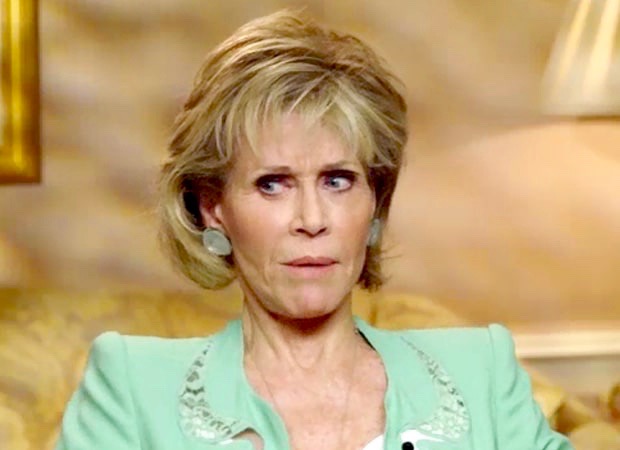 It’s been a rough week for Megyn Kelly.

The former FOX News host kicked off her new NBC morning show, which aired Monday, by saying that she’s always “dreamed of hosting an uplifting show.” Unfortunately for her, nobody seems to find the show all that “uplifting” or buying into its forced feel-goodery.

Kelly managed to majorly mess up not once, but twice in the first few days at her new job. On Tuesday, she stupidly asked an audience member if Will & Grace “turned him gay,” leading Debra Messing to tweet she “regretted” appearing on the show. Then yesterday, she royally pissed off Jane Fonda by asking the Hollywood legend about all the plastic surgery she’s had.

In case you missed it:

Speaking to Access Hollywood Canada afterwards, Fonda, who is currently promoting her new film Our Souls at Night co-starring Robert Redford, admitted that she was “a little bit” shocked by Kelly’s question.

“Given the fact that we don’t have a lot of time and Bob is right here, it’s a weird thing to bring up–whether I’ve had plastic surgery or not,” Fonda said. “I have and I’ve talked about it. Seemed like the wrong time and place to ask that question.”

When he was asked about the awkward moment, Redford stood up for his co-star.

In other Megyn Kelly news, her show’s ratings are tanking. The debut pulled in a respectable 2.9 million viewers, which is really not bad. But by the end of the week, it had lost nearly 1 million of those viewers, and attracted a whole lot of bad press along the way.

Then there are the tweets, which have been brutal.

Mood: Debra Messing and Jane Fonda wondering how they ended up on Megyn Kelly pic.twitter.com/fm1rdJy7IN

Megyn Kelly day 2 ratings down 14% since day 1. Way down from what the show she replaced did. NBC's biggest disaster since Conan.

somewhere ann curry is watching the megyn kelly experiment and thinking, "what a train wreck"

Megyn Kelly asks Jane Fonda about her plastic surgery, learns you do not fuck with Jane Fonda. pic.twitter.com/uLSPcMwkuU

Dear @megynkelly I really wanted to give your new show a chance. But after the way you pronounced Raleigh this morning… I'm out.

The only way Americans could ignore Puerto Rico any more would be if it was on the Megyn Kelly Show.

Well Duh!
Everybody has always known Megyn Kelly is an awkward & offensive loser.
Karma is a Bitch, if you are.#ThursdayThoughts pic.twitter.com/Q8ASco5roa

LOL, Megyn Kelly says her new show will be a Trump Free Zone ? Just like my house is a Megyn Kelly Free zone! @megynkelly