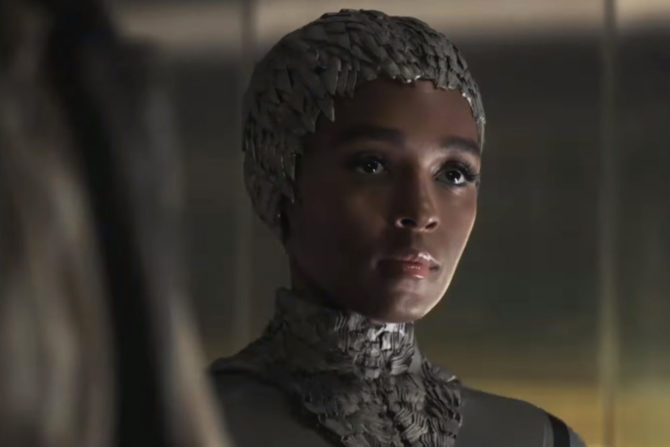 Why She Matters: After years of building a cult following with her electronic music, Monae exploded into the mainstream with roles in Moonlight and Hidden Figures, as well as with the release of her heralded 2018 album Dirty Computer.

Why We’re Proud: Besides her hard-earned success in her artistic endeavors, Monae made headlines in 2018 for coming out publicly as bi- and pansexual. In so doing, she emerged as a role model, a self-described “black queer woman” and “free-ass motherf!cker,” unafraid to live life as herself in the public eye.

Fans rushed to congratulate Monae on coming out officially. For years, she’d played somewhat coy when asked about her romantic life. In her coming out Rolling Stone interview, Monae addressed the issue of her sexuality. But she also talked about why she felt it important to share with the world now:

I want young girls, young boys, nonbinary, gay, straight, queer people who are having a hard time dealing with their sexuality, dealing with feeling ostracized or bullied for just being their unique selves, to know that I see you.

Monae added that feelings of shame and conflict over her sexuality led to the writing of Dirty Computer. The singles “Make Me Feel” and “Django Jane” have already climbed the pop charts. Much like Lady Gaga before her, Monae has emerged as a seminal artist for her combination of musicianship and advocacy.

We can’t wait to see what she does next; we have a feeling Monae is just getting started.