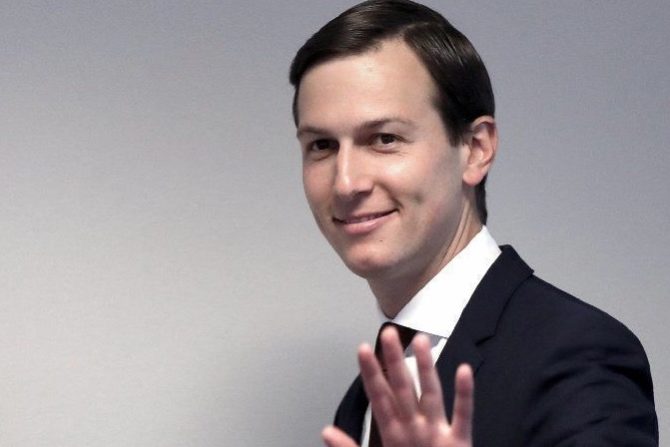 For those who don’t identify with the gender binary, filling out applications and official documents can be a real source of frustration.

That said, if you do happen to identify as either male or female, we can’t imagine too many scenarios where filling out that portion of a form should present any remote challenge.

And yet… Jared Kushner.

The senior advisor to the president of the United States, the man who has been tasked with brokering peace in the Middle East, is somehow registered to vote as a female.

The records of the New York State Board of Elections indicate Jared Corey Kushner as a registered female voter since 2009, Wired first reported. 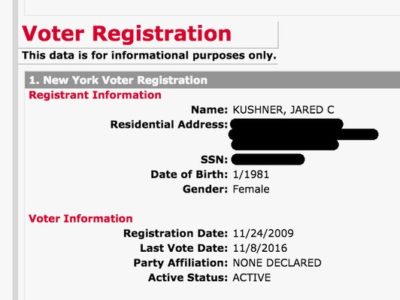 “Kushner can’t even fill out the most basic paperwork without screwing it up, so it’s a mystery why anyone thinks he’s somehow going to bring peace to the Middle East,” Brad Bainum, a spokesperson for American Bridge, a liberal opposition research hub, told Wired. “Would anyone but the president’s son-in-law still have a West Wing job after repeated disclosure errors and a botched a security clearance form?”

While the gender mixup might easily be disregarded as human error (although when is the last time you checked the wrong gender on a form?), the disclosure errors Bainum refers to are much more serious.

In July of this year, CBS reported that Jared updated a disclosure form necessary to obtain a security clearance at least three separate times, adding names to a list of “foreign contacts” each time.

Kushner has also been under recent scrutiny for using a private email server to conduct official business.

Now where have we heard that before?