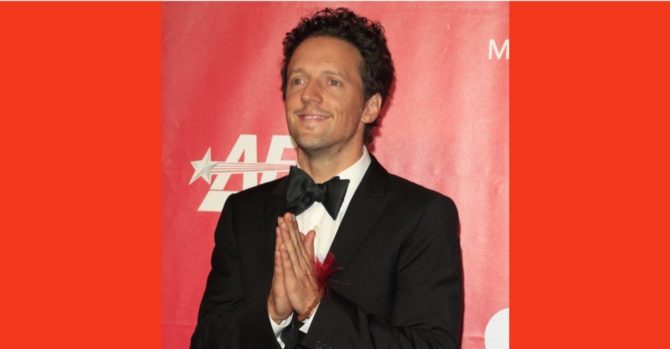 Is it a typo, a spelling shortcut, or a public revelation about his sexual orientation?

This is the modern dilemma around choosing how to respond to a line from a poem just released by Jason Mraz.

In the poem, written for Billboard’s Pride series, the musician writes:

Many fans feel there’s no ambiguity about Mraz’s intentions (and we’re inclined to agree):

JASON MRAZ IS BI, Y'ALL https://t.co/vOkLSsWwya

It’s not the first time folks have speculated about Mraz’s sexuality. In a 2005 interview with Genre, the “You and I Both” singer said he is “bisexually open-minded.”

Then in a 2010 chat with Pride Source, he made a wink-wink comment that experimenting with his sexuality made him realize he’s “not really into facial hair.”

Here’s the full poem, via Billboard:

Love Poem to the LGBTQ Community

Dear You,
Thank you.
You have inspired me.
Re-wired me.
You showed me what strength is.
You demonstrated courage over and over again.
You risked so much for love.
You never compromised your expression
Even when
Your rights and freedoms were being compromised.
You stood up for me.
You stood up for the world.
And now the world is better because of you.
We still have a long way to go
But know
I am bi your side.
All ways.