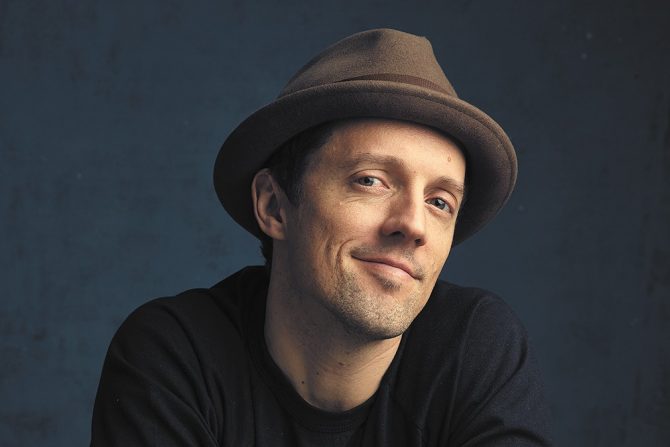 Singer Jason Mraz is being more candid than ever about his sexuality.

In a new interview with The Daily Telegraph, Mraz says he was reluctant to come out as bisexual after growing up in the conservative town of Mechanicsville, Virginia.

“I saw how [gay and lesbian people] get harassed and I heard the language around it and that scared me,” he singer revealed. “I thought ‘if I’m gay, what does that mean for me, my community, my family and career?”’

He added, “It was a struggle. I was nervous about what my family would think.”

Had it not been for the conservative environment he was born into, he may have come out much sooner.

The 42-year-old has talked in vague terms about his sexuality a few times over the years, however. In 2005, he described himself as “bisexually open-minded” in an interview with Genre. And in a chat with Pride Source in 2010, he made a wink-wink comment that experimenting with his sexuality made him realize he’s “not really into facial hair.”

But it wasn’t until last year that Mraz came out publicly as bisexual.

“I’ve had experiences with men, even while I was dating the woman who became my wife. It was like, ‘Wow, does that mean I am gay?” he told Billboard.

“And my wife laid it out for me. She calls it ‘two spirit,’ which is what the Native Americans call someone who can love both man and woman. I really like that.”

During Pride 2018, he also contributed a poem for Billboard’s Pride series, in which he wrote: “I am bi your side. All ways.”