Here's a few pics from the Men's Health UK shoot I did with Dan Smith @danielsmithphotography The mag comes out tomorrow.

In the latest issue of Men’s Health, Jason Statham is photographed by Daniel Smith and discusses his workout regimen as he approaches 50, saying that he’s “moving better than I used to.”

“I’m feeling pretty nimble. It’s about the whole thing: training, eating, sleeping… all of those have a massive impact on how you feel.” 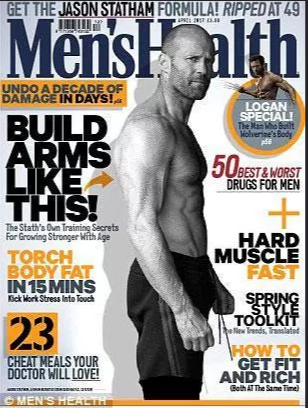 Judging by the new trailer, there’s dramedy to spare in Grace and Frankie‘s third season, in which the two titular leads (Lily Tomlin and Jane Fonda) try to get a new business off the ground, selling “vibrators specifically designed for older women that take into account their arthritis, tender vaginal tissue.”

We’re still waiting for the Dolly Parton guest-spot, though.

Ryan Murphy already knows what season two of Feud will be about. He plans to swap out Joan Crawford and Bette Davis for the likes of Prince Charles and Princess Diana, charting how their relationship could often be a royal pain in the ass. High-camp histrionics of regal bearing.

Check out the trailer for season one (which premieres tonight on FX):

A spurned Lorde surrenders herself to nihilistic nightlife in the new video for “Green Light,” her stellar brand new single that’ll be blaring out of every pharmacy, Uber ride, dingy bar, upscale hair salon, and combination Taco Bell/Pizza Hut ’til the end of your days.

Hungry? Fresh-faced star Ross Lynch is stepping into gay cannibal-killer Jeffrey Dahmer’s blood-splattered shoes in upcoming film My Friend Dahmer, based on the novel by Nerf Backderf. People are wigging about the uncanny likeness:

Here’s a first look at Lynch as Dahmer, courtesy of Entertainment Weekly: 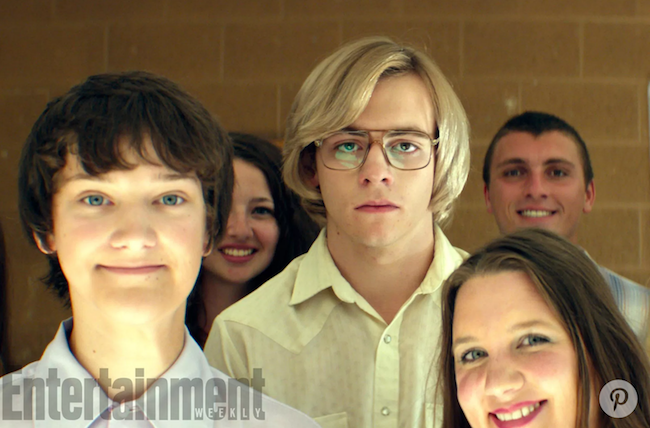 A bearded queen takes center stage in this new music video for “Strange Or Be Forgotten” by Temples:

Everything’s sublimely wrong and uncanny in this new Superdeluxe video, an eerie slice-up that imagines what would happen if Melania Trump decided to upstage her president-troll husband at his speech to Congress.

The end result is impressively barfy — like some astral, ash-smudged finger is jabbing into your soul: