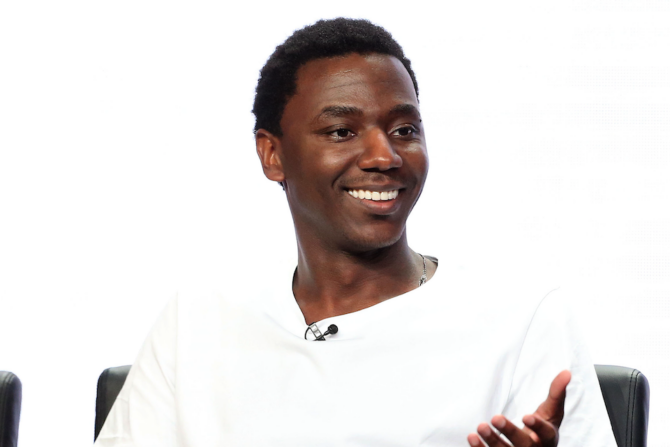 Striking out on dating apps lately? Here’s a pro tip: Hang out with pop stars, or better yet, host Saturday Night Live.

OK, maybe that’s just slightly out of reach for most people, but it appears to be working for Jerrod Carmichael — and more power to him!

The 34-year-old comedian revealed his Grindr tricks (no, not those kind of tricks) during a recent interview with Howard Stern.

“You said in an interview somewhere that you were at a party once and you got Taylor Swift’s number?” Stern asked.

Carmichael said Swift was “just being nice,” adding that he snapped a picture with the “very, very sweet” singer when they met.

“It’s a picture of me and Taylor I use on my Grindr profile now,” Carmichael continued. “I’ll send it to guys. You really want to excite the gays in New York City? Send a picture of you and Taylor Swift!” Wiser words have never been spoken.

He also said he uses his SNL promo pics on the dating app, and hey, why not? “I started using the good [pics],” he said. “I got these SNL promo pics, let me use it on Grindr, bro. Resources.”

Stern later asked Carmichael if he’s attracted to Dune star Timothée Chalamet. “Who isn’t?!” he responded. “That’s the thing, he knows that he’s wearing a f*cking harness – him and Harry Styles are dangerous.”