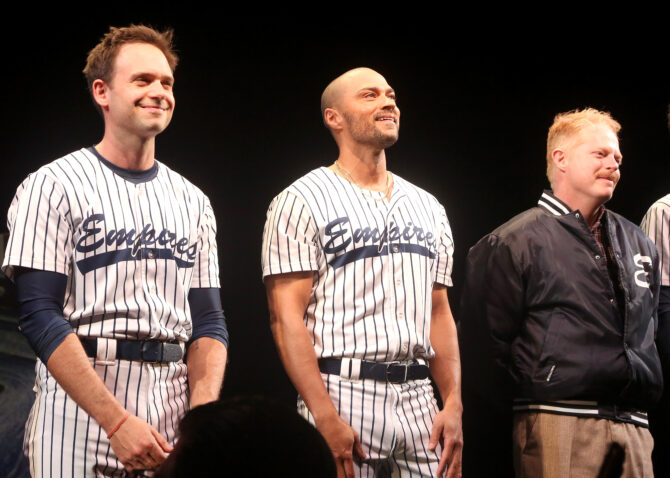 Following the leak of cell phone footage of a naked Jesse Williams, star of the Broadway revival of Take Me Out, the theater is upping its security game to make sure the situation does not repeat.

Second Stage Theater was furious after an audience member posted the video to Twitter the same day the Tony Award announcements were released. “Taking naked pictures of anyone without their consent is highly objectionable and can have severe legal consequences,” Second Stage said in a statement. “Posting it on the internet is a gross and unacceptable violation of trust between the actor and audience forged in the theater community.”

“I’m appalled by the disrespect shown to the actors of our company whose vulnerability on stage ever night is crucial to Take Me Out,” Williams’ co-star, Jesse Tyler Ferguson tweeted. “Anyone who applauds or trivializes this behavior has no place in the theater which has always been a safe space for artists & audience members.”

Even before the leak, the theater was going to great lengths to enforce its no-photo rule. Second Stage required audience members to lock their phones in Yondr pouches, which remain locked until after the performance. It is unclear whether the leaker managed to open their pouch during the show, or snuck in another device.

Now the venue has installed a new infrared monitor system which allows theater staff to see what audiences are doing in the dark and focus in on any suspicious activity.

Williams, for his part, seems to have taken the the event in stride.

“It’s a body, once you see it, you realize it’s whatever, it’s a boy! I just have to make it not that big of a deal,” he told Andy Cohen this week.

Take Me Out received four 2022 Tony Award nominations — featured actor noms for Williams, Ferguson and Michael Oberholtzer, as well as Best Revival of a Play.

Head here to read Queerty’s review of the play.