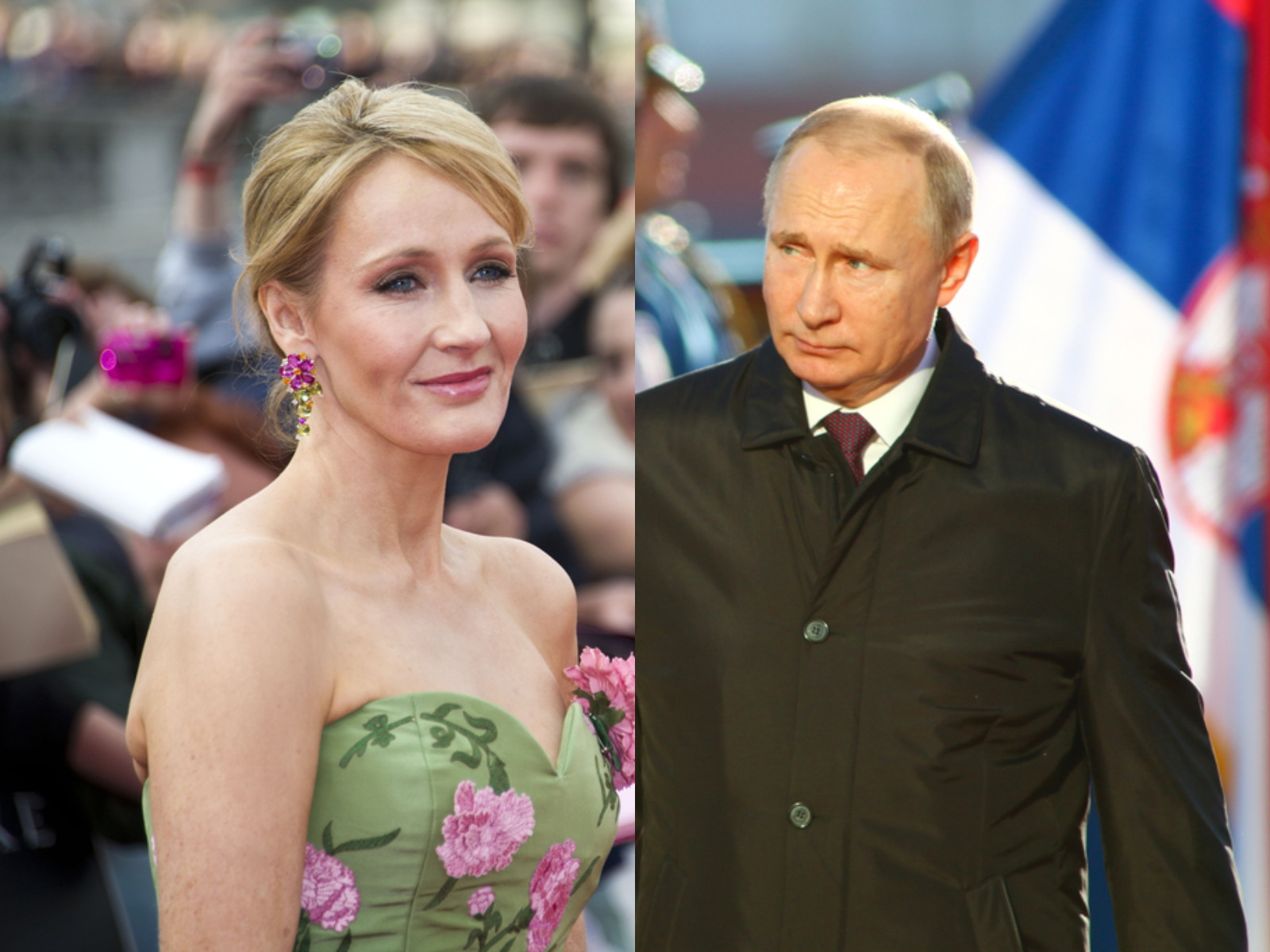 Rowling, of course, has earned a reputation in the past few years for her vitriolic attacks on transgender people. Putin, likewise, has targeted the LGBTQ community in Russia and Eastern Europe. One of his biggest justifications for the current Russian invasion of Ukraine is to “protect” Russia from a supposed gay conspiracy, led by NATO.

Amid the ongoing war, Putin voiced his support for JK Rowling and her anti-trans beliefs. He has also likened the “cancellation” of Russia to calls for the boycotting of Rowling’s works. In a recent speech aired on SkyNews, the Russian dictator claimed both Russia and Rowling have experienced the same “discrimination.”

“They canceled JK Rowling, the children’s author recently,” he said in his speech. “Her books are published all over the world. Just because she didn’t satisfy the demands of gender rights.”

“They are now trying to cancel our country,” he continued. “I’m talking about the progressive discrimination of everything to do with Russia, this trend that’s unfolding in Western states… They’re now engaging in cancel culture.”

WATCH: Vladimir Putin says the West has "cancelled" JK Rowling and are now "engaging in cancel culture" against Russia.

Putin’s latter remarks refer to the recent cancellation of performances of the 1812 Overture by Russian composer Pyotr Ilyich Tchaikovsky in several nations. Various musical groups have cited the invasion of Ukraine as the reason behind the nixing; the piece was originally written as a patriotic tribute to Russia during Napoleon’s invasion of the country.

“We remember the footage when they were burning books,” he said. “It is impossible to imagine such a thing in our country and we are insured against this thanks to our culture.”

Rowling, for her part, responded just minutes ago to Putin’s remarks.

The author took to Twitter to condemn Putin, writing, “Critiques of Western cancel culture are possibly not best made by those currently slaughtering civilians for the crime of resistance, or who jail and poison their critics. #IStandWithUkraine.”

Critiques of Western cancel culture are possibly not best made by those currently slaughtering civilians for the crime of resistance, or who jail and poison their critics. #IStandWithUkraine https://t.co/aNItgc5aiW

Apparently, Putin doesn’t appreciate the irony of his own words. He and his regime are notorious for the persecution of journalists and the Russian President’s political dissidents, including Navalny. He also has a long history of assaulting, deporting, or murdering his critics.

For that matter, we also have a feeling Putin probably doesn’t know much about Rowling’s work. The author has cited Soviet leader Joseph Stalin as the inspiration behind Harry Potter master villain Lord Voldemort, a character known for the violent repression of his opposition and censorship of media. Contemporary journalists have also noted the similarities between Stalin and Putin.