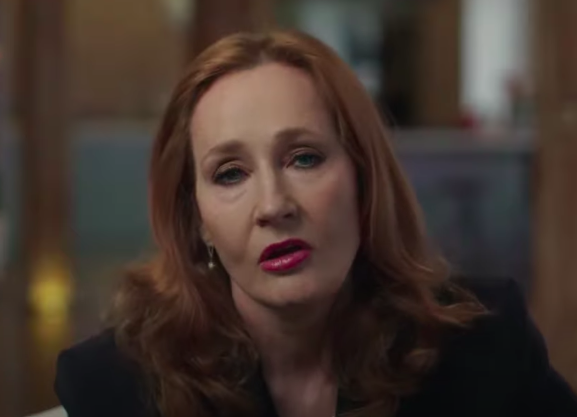 Noted transphobe J.K. Rowling is terrified for her safety after being targeted by an angry mob of anonymous Twitter trolls.

In a tweet yesterday, the billionaire author claimed that “hundreds” of trans activists have threatened to “beat, rape, assassinate and bomb” her because of her never ending attacks on their community.

“Yes, but now hundreds of trans activists have threatened to beat, rape, assassinate and bomb me I’ve realised that this movement poses no risk to women whatsoever,” she wrote.

Yes, but now hundreds of trans activists have threatened to beat, rape, assassinate and bomb me I’ve realised that this movement poses no risk to women whatsoever. pic.twitter.com/qb1RrCFqy0

The alleged threats appear to be in response to a rambling 3,600-word essay Rowling published last month in which she outlined her “five reasons for being worried about the new trans activism” and said she refused to “bow down to a movement that I believe is doing demonstrable harm.”

In the essay, she also wrote some nonsense about a “huge explosion in young women” transitioning into men only to “regret taking steps that have, in some cases, altered their bodies irrevocably, and taken away their fertility.”

“I’ve wondered whether, if I’d been born 30 years later, I too might have tried to transition,” she wrote. “The allure of escaping womanhood would have been huge. I struggled with severe OCD as a teenager.”

Seriously, we can’t even with this woman anymore.

A reminder that JK Rowling has transphobia trending because she had some anon Twitter threats.

Meanwhile transphobes are ACTUALLY stabbing trans people and people they think are trans in California because of a made up incident.

If JK Rowling refuses to identify which prominent trans activists are abusing her, how can we root them out??

How can we fix it?

She wants the abuse to stop….. so hand over the names of these trans activists and we can deal with it, name and shame them……. easy right?

I see JK Rowling is back on her wingardium leviobullshit

Please do NOT buy into JK Rowling's victim performance rn. She's claiming she received some anonymous Twitter threats & is dishonestly attributing them to trans folks. Meanwhile her TERF followers bullied and threatened me so relentlessly for months that I contemplated suicide.

I suppose now is a good time to remind everyone that JK Rowling’s essay wasn’t just transphobic, but ableist, as she used it to deny the agency of autistic trans people.

Add that to the racism and anti-semitism in her books, and everyone defending her is just defending a bigot.

Yo, please remember, JK Rowling is trash, she spreads easily verifiable misinformation to her massive platform, and makes out that her livelihood was threatened (verifiably false too because here she is able to publish anywhere she likes). All because she hates trans people.

Lmfao saw JK Rowling trending and it reminded me of this banger pic.twitter.com/13kFAyWo9t

People shouldn’t be making violent threats against anyone, but that doesn’t change the fact that JK Rowling is using her platform to spread violence against trans folks all the time. JK Rowling is transphobic and continues to create hate and still folks shouldn’t threaten her.