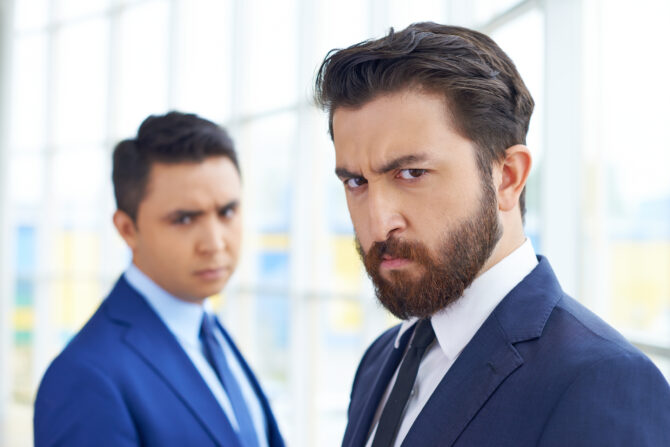 Everyone’s gotta bring home the bacon somehow, but certain jobs can be turn-offs. On Reddit’s r/askgaybros forum, guys recently professed the professions that would be dealbreakers in a relationship. And many didn’t mince words!

Here are lines of work that just don’t work for the commenters on the thread (with responses edited for brevity and readability.)

“It depends on the individual. As someone who grew up poor, I would be less concerned about his job and more about income. If he makes enough to support himself and put some into savings while making good financial choices, that is very attractive. I don’t want to end up supporting someone again, so this is important to me.”

“The biggest dealbreaker is no job at all, with no plans of getting one.”

“Dating/relationships and love in general isn’t a job interview or a job. I’m not gonna ask you for your LinkedIn profile and call up your past and current employers, asking if you’re a good worker… This is a relationship. There’s a reason why a lot of workaholics struggle to have and maintain relationships… It’s a totally different ballpark. And for those who say finances affect relationships, they can if you let them and if you don’t believe they can be fixed/improved. Character, beliefs, and compatibility are much harder to change than financial status.”

“Drug runner. (Did this). Any job in the mortuary biz. Met too many complete freaks in that line of work.”

“Cop. I have family who are cops and I get along with them fine, but I could never with my partner.”

“I probably wouldn’t date someone who is a lobbyist for oil companies. Scum.”

“If it’s something heinous like cartel smuggler, Republican politician or HOA-appointed lawyer, then I’m gonna have to pass.”

“I wouldn’t date anyone in the military, nor would I date any scam artist.”

“I’d never date a cop or a stockbroker.”

“A hitman. They have unpredictable working hours, and sometimes they’re out of a job for 30 to life.”

“It’s fine if they do OnlyFans but probably wouldn’t be down long term. Unless they plan to invest the money in something else and have a plan not to do it forever.”

“Years ago, on a gay reality TV show, there was a gay guy who worked for Ann Coulter. That would not work.”

“If that job is about hurting people or working for some obviously criminal group, then yeah, that’s a no.”

“I work on a cruise ship 70 days on and then 70 days off. Seems to be a massive dealbreaker.”

“Arms dealer, or [anything] around that world.”

“Landlords. House hoarding is not a profession; it’s a blight.”

“Corporate jobs and sales is a dealbreaker for me. I find them too fake and materialistic.”

Related: Having sex before work can make you like your job more, study finds

“I’ll be weird. Hospitals freak me out. A man coming back from the office or the field or whatever has its charm, but hospitals feel so sterile. Just kind of a turn-off.”

“I won’t date an ‘influencer’ or anyone who uses the number of followers they have as a justification for their (good or bad) behavior. Other than that, I don’t care what a guy does for a profession as long as he can support himself.”

“They can do whatever they want at work, as long as it’s not multi-level marketing or Herbalife. If they’re willing to scam and lie in their job, then they definitely will do it in their personal life, so no gaslighting/gatekeeping/girlbossing/marketing allowed here.”

“Unless they market cigarettes to children or something like that, I’m fine.”

“As long as it’s not illegal, I don’t really care what he does for work.”