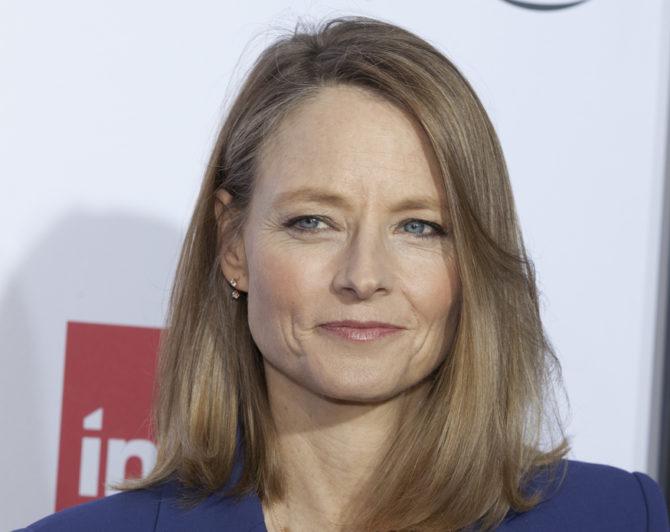 It was the kiss heard (or rather, seen) ‘round the world.

In March, Jodie Foster picked up a Golden Globe for Best Supporting Actress in a Motion Picture for her role as real-life attorney Nancy Hollander in The Mauritanian. But what was more buzzworthy than the award was the thing that came before she accepted it: the kiss to her wife.

“Are you kidding me? I think you made a mistake. I’m a little speechless. I just never expected to ever be here again and wow, I have to thank all of my amazing filmmakers,” Foster said when she was announced as the winner, after kissing her wife, Alexandra Hedison, for all the world to see.

Jodie Foster wins the award for Best Supporting Actress in a Motion Picture at the #GoldenGlobes. pic.twitter.com/UZlX7q7lu3

For the most part, Foster has remained tight-lipped about her private life. In 2007, she thanked “my beautiful Cydney,” at a Hollywood Reporter breakfast. And in 2013, she alluded to her sexuality during the Golden Globes ceremony.

“I guess I have a sudden urge to say something that I’ve never been able to air in public that I’m a little nervous about,” she began the now-infamous speech. “But maybe not as nervous as my publicist, so I’m just going to put it out there… I am… single,” she mused, before acknowledging her former partner.

“There’s no way I could ever stand here without acknowledging one of the deepest loves of my life: my heroic co-parent, my ex-partner in love but righteous soul sister in life, my confessor, ski buddy, consigliere, most beloved BFF of 20 years, Cydney Bernard.” (Foster would go on to meet Hedison, her current wife, that same year.)

At the time, Foster’s speech perplexed the world. Did she just come out as gay?, many wondered. Think pieces were written, questioning whether Foster’s speech sent LGBTQ+ rights back 500 years into the past, or propelled them forward.

Some LGBTQ+ activists called the actress’ speech “cryptic and defensive” and remarked how “a straightforward coming out would have been preferable to the route she took,” while others praised how Foster’s speech showed “just how much the tide has turned.”

Fast forward several years, and it now seems silly to have demanded Foster come out in any other way. In the age of over-sharing, Foster’s knack for privacy is–dare we say–completely human. And who are we to tell Foster how to share her life with the public? Coming out is different for everyone, it’s not a one-size-fits-all situation. There never will be a right or wrong way to do it.

The thing we love about Foster is that she has always done things on her terms, and that includes sharing pieces of herself in a way that works and feels comfortable for her. So, while she may have never uttered the words “Yep, I’m gay!” the way many people wanted her to, her actions–the loving nod to her ex-partner in 2013, and the kiss with her wife in 2021–tell us everything we need to know. And for that, we have no reason but to champion her…. and include her on the Pride50, duh.