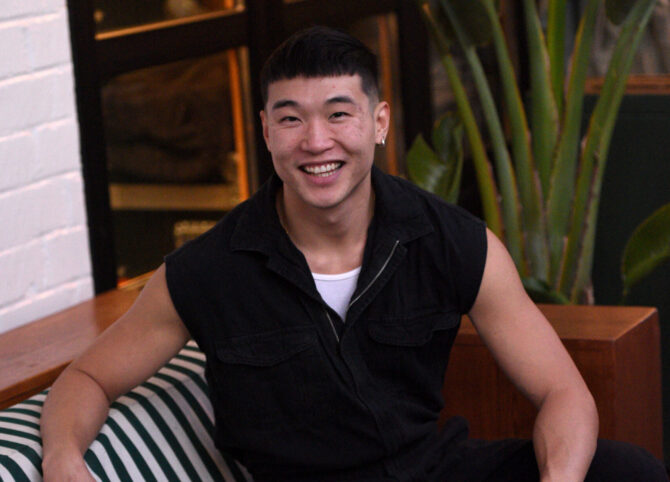 Fire Island creator and leading man Joel Kim Booster has been reminiscing about a different kind of starring role lately.

In a new interview with Page Six, the actor reveals that when it comes to threesomes, featuring new players is way harder than a day-player guest spot.

Booster jokes that while he is glad to be coupled, the dynamic shift from featured to regular cranks up the difficulty.

“You want to be a series regular, but you realize there’s a lot more responsibility in that. You know, the call times are earlier, longer.”

The comedian is no stranger to either role, of course; he’s played regular on shows like Sunnyside and his new Apple TV show Loot with Maya Rudolph and MJ Rodriguez, and well as guest spots in comedies like The Other Two, Search Party and Shrill.

Booster’s candidness about sex and sexuality is always refreshing but also nothing new. In addition to the plethora of thirst-inducing scenes in his hit film Fire Island, he featured a bit in his most recent comedy special about his 2018 leaked nudes — and how he let them stay up after learning they were on a “male celebrity” nudes forum.