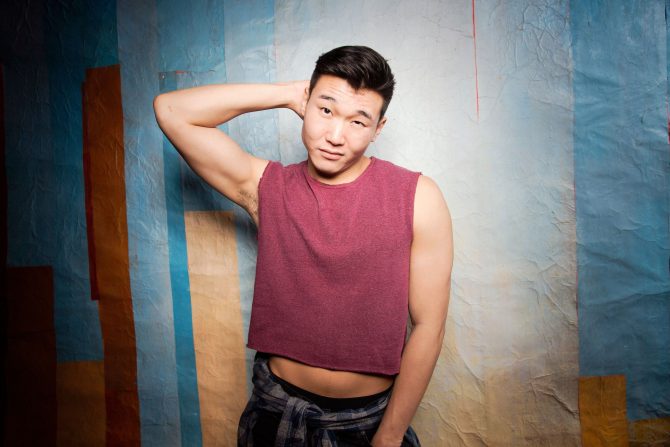 Actor and stand up comic Joel Kim Booster’s new short-form Quibi series has officially been green-lit. Booster will write, produce and star in Trip, a sitcom about two gay friends on a trip to Fire Island.

Described as “an unapologetic, modern-day rom-com inspired by Jane Austen’s Pride and Prejudice” the show will feature Booster as one of a pair of friends enjoying the wild atmosphere and eccentric population of Fire Island.

Booster had previously starred in the sitcom Sunnyside for NBC. Variety had named him a comic to watch in 2018. In his stand up comedy, Booster often discusses his life as a gay, Asian man, as well as his religious upbringing. Trip will mark his debut as a series creator.

Related: Joel Kim Booster reveals the most efficient way to get inside his pants

Trip was purchased for development back in the fall of 2019.

At the time, Booster tweeted:

“For the last couple of years, I’ve been threatening to pitch a gay Pride and Prejudice adaptation that takes place entirely on Fire Island and I finally found a platform foolish enough to do it!”

“This is my version of Sandler telling Netflix he has to film his next movie on the Amalfi Coast or some shit. Only I’m making all my friends wear Speedos on Long Island in April!”

In a follow-up tweet, the 32-year-old quipped: “I’m just laying the groundwork for my real passion project: Persuasion, set on an Atlantis Cruise.”

Qubi launches in the United States on April 6. A release date for Trip will be forthcoming.