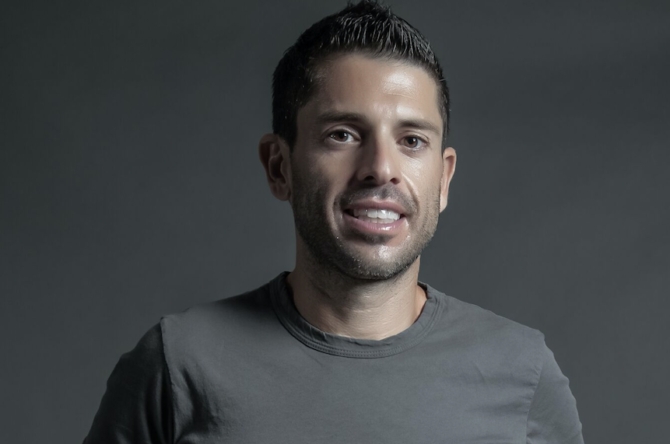 When Joel Simhkai launched Grindr in 2009 out of what he calls a “selfish desire” to meet more gay men, he surely could not have imagined that nearly a decade later he’d be (digitally, if not in reality) connecting more than three million guys to each other daily across the globe.

And with such near-universal ubiquity comes not just dates but cash, lots of cash. This month, the Chinese-based Beijing Kunlun Tech Co. forked over $152 million for the remainder of the company (after a previous investment of $93 million), making Simpkai, 40, a very rich man and the company poised to invest more into the app and a growing list of related lifestyle products.

In an exclusive interview with Queerty conducted via email, Simhkai, who will stay on as CEO under the new ownership, answered our questions about the deal and what it means for gay men everywhere.

People are buzzing about Beijing Kunlun Tech Co. completing its purchase. Will there be any changes to the company’s mission or to your status with the company?

Beijing Kunlun sees the substantial value in Grindr and is committed to the company. We do not expect changes to Grindr’s mission, and are looking forward to what is ahead. I remain in my position as CEO, the Grindr management team remains intact. We continue to tackle our mission of connecting the LGBTQ community to the world around them.

Why have you decided to sell the rest of your stake now?

Now is the time when Grindr is most poised for some incredible growth. We are optimistic that this step will allow Grindr to continue on our ambitious path and expand its reach. This step is a clear validation of what Grindr and our team have accomplished in the last 8 years and the global confidence in the LGBTQ market.

For what will the infusion of cash be used?

We launched the preview of our new content channel, Into, a couple months ago and are looking forward to the wider launch this fall. Our annual summer event, Slumbr, will be taking on a new look and feel this June on Fire Island to celebrate Pride. And we continue, as we always will, to improve the app experience for all of our users.

It would seem to be the largest amount ever paid for a gay owned company with a primarily LGBTQ market. As the founder and CEO, how does that make you feel? When you founded the company, did you imagine the level of popularity it would achieve almost a decade later?

I am very proud of what the entire team at Grindr has built. I never dreamed of having 3 million daily active users, growing year over year in the double digits, or that we would have over 100 people working to make the LGBTQ community’s lives better every day. I knew that there was an opportunity to contribute in a meaningful way to the community, but to achieve this level of impact has been a truly wild ride. I had very little when I started, and would encourage everyone to follow their passion. The LGBTQ community needs more entrepreneurs.

Are successful business owners in this space role models?

Any business owner who keeps their user or customer at the center is on the right path.

What about data and privacy under a new ownership? With hacks a part of life these days, do you worry about what a Grindr hack would mean around the world?

We’re always conscious of how important security is, to our company and especially our users. Our focus on keeping users’ data safe and secure won’t change.

As a Grindr user yourself, how has it effected your own love life?

Especially as we continue to expand the business offerings (social, INTO, gaymojis, etc.), I think it’s crucial to try – and love – our own products. As for my love life? Let’s just say I’m looking forward to the future and what it will bring.

Grindr has been lauded for the simplicity of its design, for connecting gay men in places where there is little community, for improving everyone’s gaydar(!), and for being an equality advocate. At the same time, it and other apps are sometimes criticized for destroying the bar culture. Is that fair? How do you see it’s role in the community?

It’s a given that apps like ours, among other factors, have changed how men have traditionally connected. But as you mentioned, we feel as though we’ve made significant positive contributions to the community. We have built close partnerships with bars and other establishments around the world, to help drive engagement on premises. We have found, through these local relationships, that we can have a positive effect on the bar culture as well. 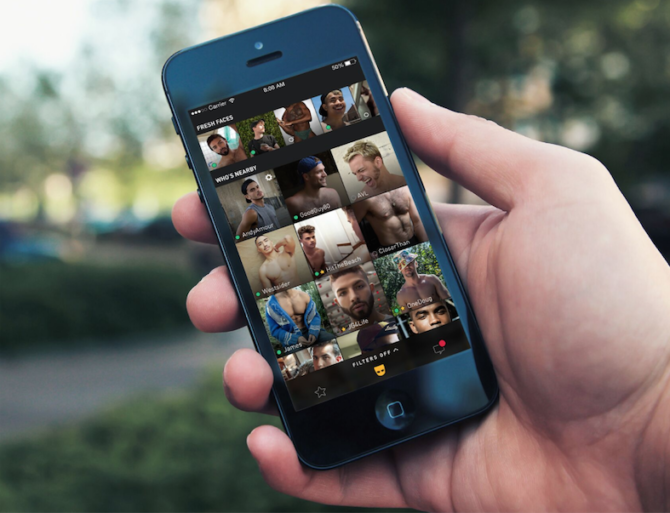 Some gay men don’t always feel safe on Grindr and other dating apps. The behavior users exhibit can be coarse, and there are still people who seem to trumpet their hostility to trans people (who are more visible than ever on Grindr), older guys and people of color. Of course you can see the same behavior in bars, too, but it has a different impact in writing, publicly broadcast in profiles.

At the same time, there are profiles of people who creatively challenge this kind of bad behavior.

Although we discourage hostile rhetoric that can appear on Grindr profiles, we believe education is more powerful and effective than censorship. Through our Grindr for Equality arm, lead by Jack Harrison-Quintana, we work tirelessly to elevate the voices of LGBTQ leaders in order to promote peaceful equality. Our recently launched online magazine, INTO, has given us a new platform to delve deeper into these issues and speak to users about how these issues play out in the LGBTQ community. If a user does experience racist or abusive comments they are encouraged to report the offending user within the Grindr app. These reports are reviewed by the Grindr moderation team and appropriate action is taken.

We know you have made some changes lately making it harder for drug dealers to hawk their wares on Grindr, with meth still being a problem among a subset of gay men. Can you explain your efforts there?

We’re constantly looking for ways to enhance our app in order to restrict any illegal activity. Our moderation team is aware of the various ways people can communicate their “wares,” as you say, and is vigilant in taking appropriate action.

Hornet has also received a major investment from Chinese-based investors. Why has it worked out that way? It seems ironic in that the country is not as far along on equality as the U.S. But on the other hand there are probably more gay people there than anywhere else so it’s a growing market. How will this help you compete there and in other places?

While I can’t speculate on other investors, I can tell you that growing and enhancing our global presence is one of the priorities moving forward.

What is the role for Grindr in promoting equality here and in other places of the world, where the social/political situation is far worse? We’ve all read the horror stories coming from Chechnya.

Crises like we’ve seen in Chechnya, Syria, and Indonesia over the past year are exactly why we created Grindr for Equality, our program to promote the health and human rights of Grindr users around the world. In the case of Chechnya, we started using the app’s reach as a line of communication beginning the day Novaya Gazeta broke the news. Along with our regular weekly Russian safety messages, we linked Chechen users to news sources reporting the details of the situation as they emerged. We also worked with the Russian LGBT Network to distribute their emergency hotline number and email addresses set up for aid and evacuation, and asked our users worldwide to donate to the relief fund set up by ILGA Europe. But it’s not just the most dire circumstances that move us to take action.

On any given day, we’re informing, empowering, and mobilizing Grindr users to take care of their health and join the fight for LGBTQ justice in their community, no matter where they are.