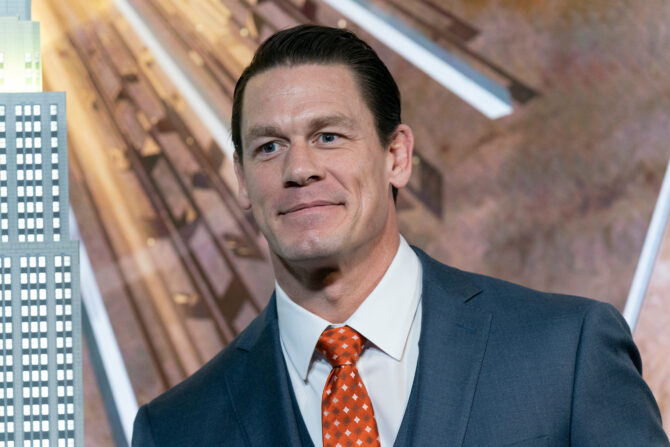 Fans of Trainwreck or the HBO Max series Peacemaker already know how much of a “goofball” John Cena can be on screen–with or without clothes–but where did he find the confidence to let it all hang out?

It turns out you can address those thank you letters to Dwayne “The Rock” Johnson.

The two stars both found their not-so-humble beginnings as WWE wrestlers, with The Rock being first to make the jump to the silver screen in movies like The Mummy Returns and The Rundown.

Cena recently revealed during a Q&A at Comic-Con in Wales that he turned to The Rock for advice when he wanted to take his career to the next level.

“I was able to ask him, ‘Hey man, do you have any advice’?” Cena recalled.

Related: That time The Rock was warned doing gay-for-pay would ruin his career… and he did it anyway

Cena already had a handful of acting credits, but his then-upcoming role in Amy Schumer’s Trainwreck in 2015 required him to tap into his comedy chops.

“He said, ‘They asked you there for a reason dude; just be yourself.’

“He, in that one sentence, allowed me to calm down,” Cena said. “Allowed me to be myself, which, I’m really a goofball.”

Trainwreck required him to be that goofball “on screen,” he said. “Naked.”

If you want a refresher on what that looked like, try here. And here.

It wouldn’t be the last time Cena got to showcase his (nearly) naked goofball energy.

This GIF from his work on Peacemaker will live forever in glory:

Cena was photographed last month working on the upcoming movie Fast X, which is scheduled for a May 2023 release.

JOHN CENA HAS BEEN SPOTTED ON THE FAST X SET pic.twitter.com/IXZLwOz25A