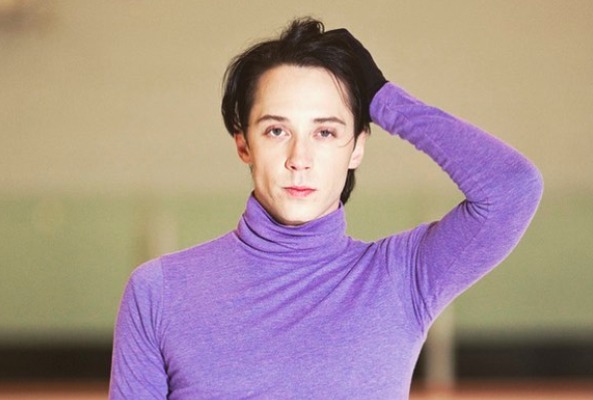 Feeling uneasy about all the Tonya Harding feelgoodness that’s been going on lately? Well, you’re not alone.

Hollywood may have forgiven Tonya Harding for her involvement in the controversy involving an attack on fellow skater Nancy Kerrigan in 1993, but Johnny Weir isn’t feeling the love.

I am so over the glamorization of a villain simply because she was born on the “wrong side of the tracks.” While her upbringing may have been tragic, athletes come from all walks of life and succeed based on merit, not assault. I won’t applaud her and I stand for Nancy.

The movie I, Tonya is shaping up to be quite a critical darling. It’s a sympathetic biopic about Harding that uses the years of abuse she suffered at the hands of her mother and first husband to explain her very, very bad behavior back in the ’90s.

Weir doubled down on his anti-Tonya stance in an interview with TMZ.

“She did a horrible, horrible thing,” he says. “She’s a pariah in our sport and she shouldn’t be forgiven for basically, possibly having the opportunity of ruining somebody’s life.”

In 1994, Harding was banned for life from the United States Figure Skating Association after pleading guilty to conspiring to hinder prosecution.

Related: Johnny Weir opens up to psychic about his ‘terrible divorce,’ wonders if he’ll ever love again