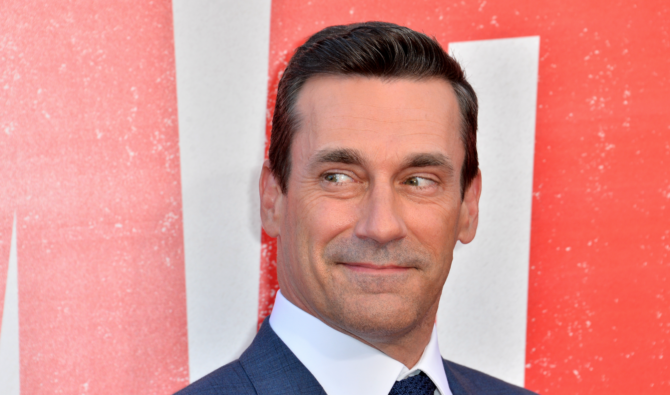 Jon Hamm is a fine actor, but even Stanislavski would agree that it’s hard to avoid the “Hammaconda” in the room when he’s in front of a crowd.

The 51-year-old actor’s southern district has been the topic of much conversation over the years, including a rumor that the Mad Men wardrobe department once forced him to wear underwear to keep viewers from getting too distracted.

Intrepid reporter Howard Stern recently asked Hamm to set the record straight, and also got an answer to the age-old question of “boxers or briefs?”

Asked about those rumors, Hamm said, “I have worn underwear every single day of my life. Who doesn’t wear underwear?”

“I love a comfy boxer brief,” he added. “I like a breathable cotton.”

Speaking more generally about “pretty privilege” as it relates to acting, Hamm said, “growing up … was more about kind of fitting in and achieving and hopefully being good at whatever it was that was in front of me, whether it was school or sports.”

“By the time I got to pursuing acting really in a real way, I was in college, and I ended up getting a scholarship to do it and it was literally just something like ‘I think I’m good at this.’”

He continued, “Being good-looking or what have you is obviously so subjective too … somebody’s great-looking guy … another [person] doesn’t give a second look so I never really had a sense of that.”

Acting may be Jon’s craft, but even the Justice Department has weighed in on those other assets.