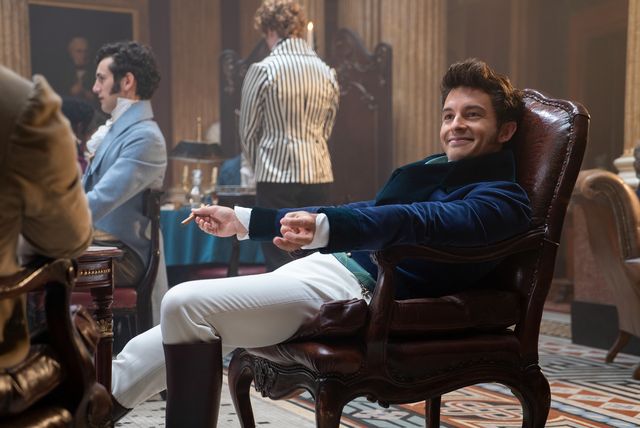 Bridgerton heartthrob Jonathan Bailey has opened up about the long road to his coming out.

Bailey, who currently stars in the West End play C*ck, came out publicly in 2020. Now, the 33-year-old has shared further details about his journey and how pressures within the showbiz world almost kept him in the closet.

In an interview with GQ, Bailey recalls a moment early in his career where a fellow actor was told, “There’s two things we don’t want to know: if you’re an alcoholic or if you’re gay.”

“I reached a point where I thought, ‘F*ck this, I’d much prefer to hold my boyfriend’s hand in public or be able to put my own face picture on Tinder and not be so concerned about that than get a part’,” he further explained.

Related: Taron Egerton and Jonathan Bailey are about to do some serious ‘C*ck’

Bailey also says that his struggle with keeping his sexuality private has profoundly affected how he approaches a role.

“You put your life experiences into [the work],” he explained. “What’s most interesting is not necessarily having to talk about what that is, and keeping a sense of privacy.”

Upon his coming out in 2020, he told Ian McKellen that he’d never felt a need to deny his sexuality, but he did go through a long period where he preferred to keep it private.

“This was at a stage where perhaps I was coming to terms with my own sexuality, I hadn’t necessarily hidden it,” he said. “But I’ve never been not honest about it. It’s just there had never been a need to talk about it.”

And now, in tribute to Mr. Bailey and his honesty, have a look at some of our favorite shots from his Instagram…