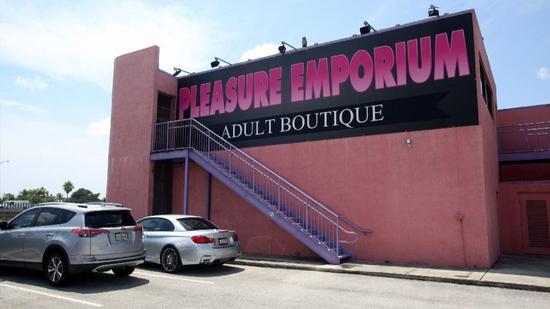 Judge Ginger Lerner Wren ruled against the state of Florida in a case involving 19 men who were arrested during two separate sting operations for “exposure of sexual organs and/or unnatural lascivious acts” after being caught having sex inside an adult film theater.

“The Court finds that the Pleasure Emporium is not a public place under F.S. 800.03 where the patrons who access the private viewing theaters where consensual sexual activity occurs in the presence of other consenting adults objectively and subjectively possess a reasonable expectation of privacy,” Judge Wren wrote in the ruling.

The business operates two small theaters, where it displays adult films. Admission to the theaters is $25.

Police said they investigated the store after multiple complaints about public intercourse and other sex at the business, where the slogan is “Where fantasies come to life!”

During a court hearing, a detective working undercover testified that public sexual activity in the theater area offended him. He said patrons solicited and groped him.

In her ruling, Judge Wren said “caution must be exercised in how we apply a statute which can criminalize private sexual acts between consenting adults” and noted that Pleasure Emporium has “several levels of barriers” in place to protect unsuspecting people from seeing any of the sexual activity happening inside the theaters.

Rhonda F. Gelfman, an attorney who represents one of the defendants, said they are “quite pleased” with the ruling.

“I appreciate that the judge took her time in reviewing all the facts, evaluating the circumstances and understanding that this venue was not public,” Gelfman said.

Unfortunately, Gelfman noted, some of the 19 men have already pled guilty, which leaves them with little recourse. Getting their guilty pleas thrown out will be challenging, she explains, but not impossible.

“I’m hopeful that the other defendants who already took the plea will seek to get their cases reopened,” she says. “We may be able to assist them.”