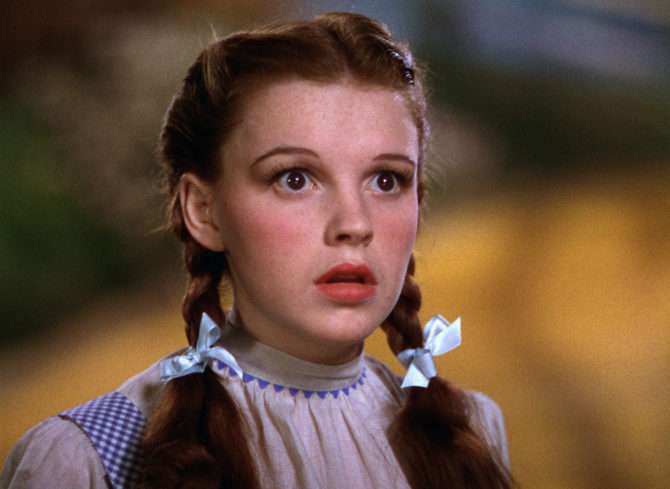 This afternoon, there’s one Judy Garland fan who’s defiantly not blasting “Get Happy.” OR “The Trolley Song.”

As Page Six reports, this JG superfan — whose name hasn’t been released to a curious public– purchased the space next to Garland’s resting place at the Ferncliff Mausoleum, a spot that reportedly sold for around $15,500.

“It’s funny because there’s a man who specifically flew in from California because he is a big fan of hers,” says a heartless and unfeeling cemetery manager..

Related: This Haunting Judy Garland Performance Was Cut In 1964 For Being Too Dark

“He purchased a plot near her so when he dies he could be next to her. I don’t know what he is going to do now.”

Since Garland’s fatal overdose in 1969, the remains of The Wizard of Oz star have been keeping a low profile, hiding out in crypt No. 31 in Unit 9.

Unrelated: WATCH: Just Try Not To Stare At The Banana In This Smoothie Tutorial

Last Thursday, those remains were exhumed and flown to Los Angeles at the request of daughter Liza Minnelli. What’s left of the actress will be re-interred at the Hollywood Forever Cemetery, where she’ll be rubbing elbows with other A-listers like Johnny and Dee Dee Ramone, The Beatles’ George Harrison, and filmmaker Cecil B. DeMille.

That superfan is gonna be so lonely.

5 trips to mark Thanksgiving without leaving your home

Michael B. Jordan is joining OnlyFans and the internet might just break

The battle is on to save the Atlanta Eagle