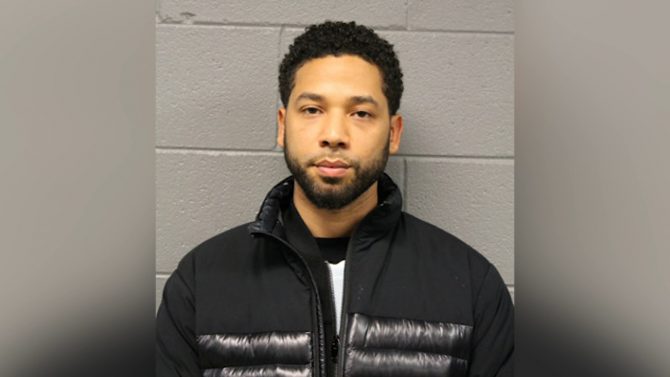 The day after Jussie Smollett was arrested on multiple felony charges for filing a false police report in his alleged racist and homophobic attack last month, Empire producers have cut his character, Jamal Lyon, from the show’s remaining season five episodes.

“The events of the past few weeks have been incredibly emotional for all of us,” executive producers Lee Daniels, Danny Strong, Brett Mahoney, Brian Grazer, Sanaa Hamri, Francie Calfo and Dennis Hammer said in a statement Friday morning.

“Jussie has been an important member of our Empire family for the past five years and we care about him deeply,” the producers added. “While these allegations are very disturbing, we are placing our trust in the legal system as the process plays out. We are also aware of the effects of this process on the cast and crew members who work on our show and to avoid further disruption on set, we have decided to remove the role of ‘Jamal’ from the final two episodes of the season.”

But don’t count Smollett entirely out of Empire quite yet.

When the show returns from its winter hiatus on March 13, it’s possible Smollett will find his way back onto the hit series that launched his career. Whether he is acquitted of his charges or found guilty could be the determining factor.

If he is found guilty of disorderly conduct in filing a false police report, he could also wind up in jail for up to three years.

At his bond hearing, Smollett’s case appeared weak as prosecutors presented evidence, including fairly damning text messages, to the judge.

Hours after he was released on $100,000 bond, Smollett visited the Empire set. Sources told TMZ that the actor told his colleagues:

“I’m sorry I’ve put you all through this and not answered any calls. I wanted to say I’m sorry and, you know me, I would never do this to any of you, you are my family. I swear to God, I did not do this.”

Deadline talked to an inside source who reported that the reunion was “very stressful for everyone.”

While it was previously reported that Smollett was making $60K or $65K per episode of Empire, Deadline reports the original cast members, Smollett included, have been clocking $100,000 per episode since the show became a huge hit after season one.

Smollett originally signed on for seven seasons of the show, and while producers have adamantly expressed that he is a central part of the series, his fate for the remaining two seasons is now uncertain.