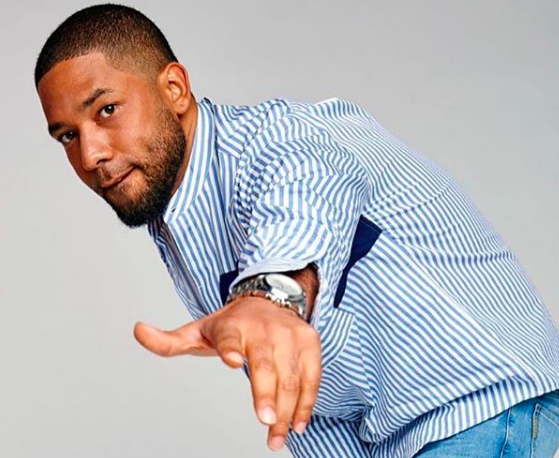 In a recent appearance on The Clay Cane Show on SiriusXM, Jussie Smollett reveals that his character Jamal on the hit show Empire almost had a white boyfriend, but he put a swift stop to it.

“There was talk about Jamal having a white boyfriend and I said, ‘F*ck no!'” Smollett explains.

It had nothing to do with white people, the 35-year-old says. He thinks interracial relationships are fantastic! He just believed the show would have a greater impact if audiences could see two loving gay black men represented. And he was right.

“We have a such a beautiful opportunity to show two black men in a relationship together,” he says. “In a healthy relationship.”

Smollett, who came out in 2015, continues: “It was important and that wasn’t anything against white men. It was just a thing of… this is what I hope, this what I want to see, this is what I wished I had seen as a kid.”

“If I had seen certain things as an adolescent, I would have had a much different understanding of who I am in an earlier space. I do think that is important to show.”

Can’t argue with that!

Can We Agree?
33 comments

Whatever you do, do NOT ask Melania Trump this question

Sugar daddy website wants absolutely nothing to do with Matt Gaetz

Can We Agree?
33 comments