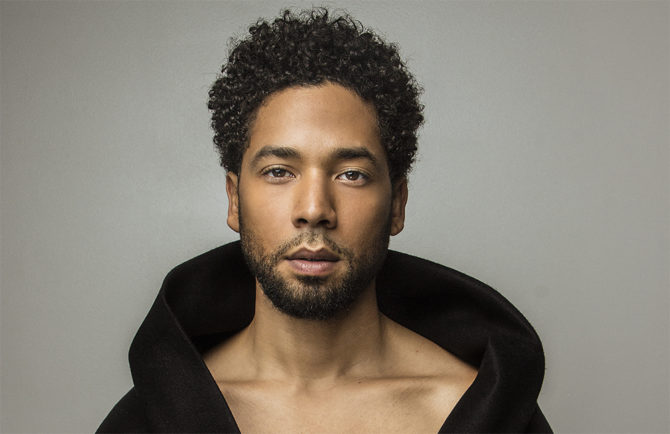 A black man walks down the street in an American city at 2 a.m. Seemingly out of nowhere, two white men wearing ski masks approach him and begin taunting him with homophobic and racist slurs.

Fists fly. It’s two against one, though, and once the immoral majority is finished pummeling their minority prey, they leave the black man with two souvenirs: a noose around his neck and a bucket of bleach over his head.

A scene from Montgomery, Alabama, circa 1963? No, this one unfolded much closer to home. It happened one night … well, actually early one morning, on January 29, 2019, in Chicago. The black man wasn’t just a random unwelcome negro. It was actor and singer Jussie Smollett, a gay black man who plays a gay black man on the FOX series Empire. 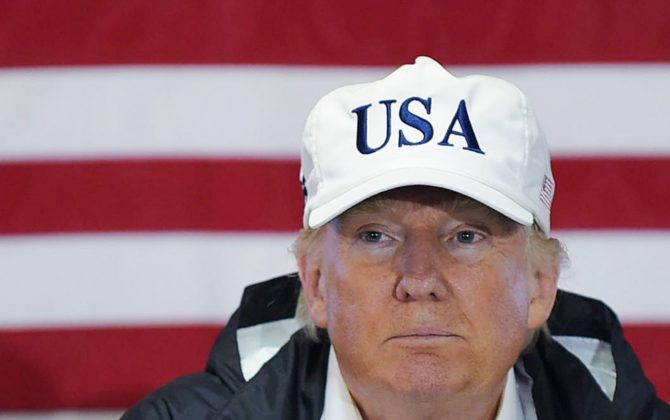 According to TMZ, Smollett was on his way to a Subway restaurant shortly after arriving in Chicago from New York when two white men approached him. One of them yelled “Aren’t you that f*ggot Empire n*gger?” before launching the assault. Afterwards, they put a rope around Smollett’s neck, poured bleach on him and said, “This is MAGA country.”

No matter how many times we hear about homophobic and racist attacks, a fresh hate crime is always shocking. This one, which left Smollett hospitalized with a bruised face and fractured rib, sent a particularly potent shiver down my spine. It felt different — not just because the victim was a celebrity, but also because of how specific the assailants’ actions were. It’s almost like they wanted to recreate a scene from a bygone era, a time before the Civil Rights Act and the Stonewall riots made being black and gay in America somewhat safer … until now.

I’ve been living outside of the United States for more than 12 years now (for the entire presidency of Barack Obama, for the entire social media era), and it’s been nine since I last stepped foot inside my country. When I left Sydney in June of 2017 after two and a half years there, I meant to go back to the U.S.A., but I kept talking myself out of it. Twenty months and 24 Asian and European countries later, I’m in London, one flight and a few weeks away from making my grand re-entrance into American society, and mentally, I feel like I’m back where I started.

I don’t want to go home. It’s not that I’m afraid of returning. It’s this: Do I really want to go back to a place where I’m not wanted?

When I told two European friends about my resurgent trepidation in light of the Smollett attack, they reminded me that hate crimes happen everywhere, even in Europe. They weren’t telling me anything I didn’t already know. It’s not like I haven’t had to face racism and homophobia during my last 15 months spent traveling around Europe.

But, I pointed out to them, this was not just another white-nationalist moment. It was symbolic and uniquely American. It couldn’t have happened anywhere else. The noose the men placed around Smollett’s neck and the bleach they poured over his head were intentional symbols of a bygone American era when whites ruled the earth, from sea to shining sea.

“This is MAGA country.” Would that have been said in London? In Prague? It was a specific declaration that only could have been made in Trump’s America, a place where the President of the United States indirectly endorses racism by suggesting that white supremacists can be “very fine people.” It’s a place where a white teenager from Kentucky facing off with an elderly Native American man on the steps of the Lincoln Memorial becomes a sign of the times because he’s wearing a hat that says “Make America Great Again,” which happens to have been Trump’s 2016 presidential campaign slogan.

I’ve been hesitant to damn Nick Sandmann, the 16-year-old Covington Catholic High School junior who became infamous at the Lincoln Memorial on January 18. That’s mostly because I felt the media purposely focused on him and his MAGA hat, glossing over the four black men, self-proclaimed Hebrew Israelites, who had set the chain of events in motion with their racist and homophobic taunts against Sandmann and his classmates.

If the kid hadn’t been wearing a MAGA hat, would his smirk have seemed less like an affront to common decency? Would the scene have appeared more like what it probably was: two stubborn people staring each other down?

That’s my personal interpretation of those events, but the Smollett attack underscores the stinging subtext of “MAGA.” It’s not an innocent acronym for a well-meaning slogan. It’s become a mantra for a new but old nationalism, something that, in the wrong hands, can be used as a weapon against the very groups that made America great in the first place.

Chillingly, this may not have been Smollett’s first brush with MAGA. TMZ reports that the website ThatGrapeJuice.Net posted a letter in an envelope addressed to Smollett with “MAGA” in the upper left corner. Inside was a piece of paper with cut out letters spelling, “You will die black f–.” TMZ confirmed that the letter was sent to the FOX studios in Chicago where Empire is filmed, eight days before the attack. 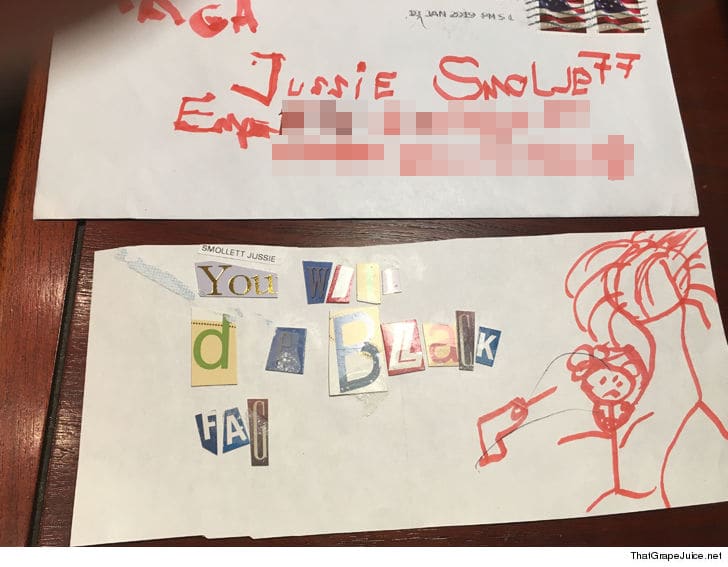 It’s ironic that these events have unfolded in Chicago, a major northern and Midwestern U.S. city with a significant black population. It’s been home to Oprah Winfrey and Michael Jordan, and, most auspiciously, it’s the hometown of one Kanye West.

Yes, that Kanye West, the Trump disciple who proudly wore his own MAGA hat on Saturday Night Live last September. I wonder if this is the America that the father of three wants to pass on to the next generation, a place where blacks and gays are unwelcome.

Whether we want to face it or not, it’s once again a place where a 2 a.m. trip to Subway can send you on a brutal and painful ride to the depths of hell — just for being black and gay. May God help us all.