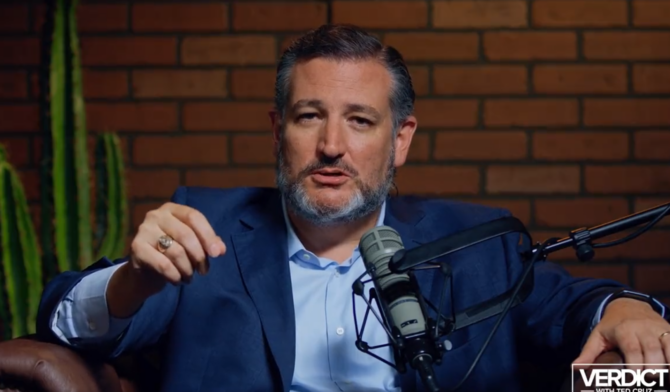 Texas embarrassment Ted Cruz has a lot of concerns for America’s children recently.

Kids at apparently at danger of seeing drag, being exposed to “lesbian toys”, and most recently, being coerced into “addictive” gambling by video games.

On the latest episode of #Verdict, @michaeljknowles and I talk loot boxes in video games. @Asmongold

In the wake of last month’s shooting in Uvalde, Texas, Cruz & Co.’s recent uptick in concern for children’s welfare from every possible angle except gun violence is more than a little convenient.

Even in a debate on something as small as video game currency, Ted Cruz couldn’t find a consistent viewpoint. He apparently dislikes in-game purchases, but also admittedly uses and buys loot boxes and premium currency for himself, but also is open to talk of banning them.

This is in-keeping with Cruz’ general operation; he’ll use whatever advantage he can to win even inconsequential things, but is also content to pay lip service to anything that sounds even vaguely in line with his party’s latest obsession of “keeping children safe.”

You know, safe from everything but the firearms that are ending kids’ lives in schools across the country (and ONLY this country) on a weekly basis.

Related: Ted Cruz is having his own idiotic logic used against him and it’s just too satisfying

Cruz went on to discussing how our world is “on a path towards” the fictional reality of the 2018 blockbuster Ready Player One, and you know what, sure. Let’s just say that.

Admittedly, loot boxes have been a hot issue in gaming for years now with some players feeling like massive multiplayer online games have come to operate on a pay-to-win system.

This is reasonably of concern to people like professional gamers, but why it’s a concern of a legislator whose state is rampant with gun violence and crumbling human rights policies is a mystery.