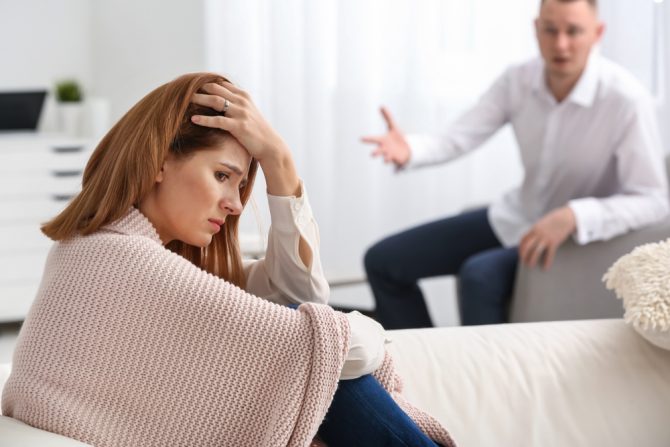 A woman is heartsick after her marriage over a decade has hit a serious rough patch. So she’s seeking advice from Rich Juzwiak over at Slate.

The woman and her husband have been married for 12 years, have two kids, a house, and, for the most part, are happy with one another. There’s just one teensy, tiny issue in their relationship.

“When we met I was very inexperienced and he failed to disclose a lot of information about his own sexual history,” she writes.

Then one day in a moment of weakness he told her that if he had come from a more accepting family, he probably would have identified as gay instead of bi.

“He insists that he only loves me and doesn’t want to end our relationship, but he also calls me vanilla,” she writes. “When I make a move, he will often flinch. … Now he says he is just going to repress that side of himself.”

The woman insists she doesn’t care if he’s bisexual, but she also doesn’t want him to lie to himself for her sake.

“I don’t even care if he has someone on the side as long as he is super careful with protection,” she explains. “I love my husband and I don’t want to break up our life, but I don’t know how to move past the unhealthy sexual dynamic in our relationship. Sexually, he has made me feel like I will always be second best.”

Now she is left to wonder: “What should I do?”

“I think you should focus on yourself because you’ve spent way too long focusing on and accommodating your husband,” he writes. “I totally understand not wanting to give up the domestic bliss you have with your partner, but it sounds like sex with him is a dead end for now.”

He continues, “If you’re really after good old vanilla heterosexual gratification, I agree you shouldn’t feel bad, but I think you’re going to have to look elsewhere. Inquire how he would feel about both of you having someone on the side—maintain your life partnership and compartmentalize your sex as something you have only with others.”

Juzwiak’s admits, a sexless marriage isn’t exactly ideal, “but what relationship is?”

“If you’re getting some (which is to say enough) from someone else, the issue of sex will cast a much shorter shadow over your partnership, and it may make your happy home even happier,” he adds.

“Or maybe it’ll make him jealous enough to snap him out of simultaneously shaming you and imposing his cockeyed interpretations of your sexual feelings for him.”

He concludes by telling the woman, “You deserve better than what you’re getting.”

What advice would you give this woman? Share your pearls of wisdom in the comments section below…