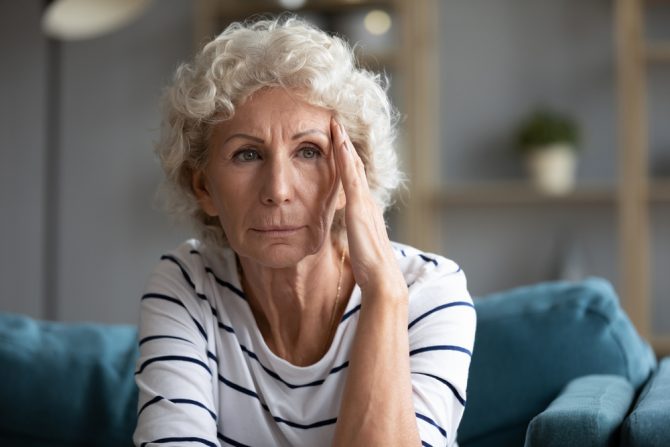 An elderly woman just found out her husband has been hooking up with other men multiple times a week for pretty much their entire marriage and she isn’t sure what to make of it, so she’s seeking help from advice columnist Ask Amy.

“I found out recently that my husband of many years has been having sex with men,” the woman writes, “for the last 52 years.”

“He says he is bisexual, but his appetite for sex with men is stronger than with women. He is into fetish and crossdressing.”

Not only that, the woman says, but he’s “a regular at a couple of (senior) gay clubs” and “has put himself out on three internet sites, asking to hook up with anyone who would like to have some fun.”

The woman, who immediately took an STD test after learning the news, goes on to say she thinks her husband just needs to come out and stop pretending to be “a heterosexual married man.”

She continues, “He says he never cheated on me with another woman, and that he would like to stay married. He offered to give me equal time to the time he spends with these men, but I know he has never been that attached to our sexual life.”

The woman adds that she feels the marriage is “done” as she doesn’t think she’ll ever be able to trust him again.

“Marriages survive all sorts of circumstances, including lengthy separations, loss, sexual and emotional infidelity, illness, shocks, gender transitions and sometimes — genuine trauma,” Amy writes. “But marriage is supposed to be the embodiment of mutuality: I elevate you, you elevate me. Not: I do what I want and you either tolerate it … or leave the marriage.”

Furthermore, Amy says the woman’s husband is gaslighting her, and that’s abuse.

“His choice to explain away his own behavior as being actually within the bounds of your marriage is gaslighting. His sexual behavior is putting both of you at risk.”

Ultimately, Amy says, “you must make the choice that is best for you, both now and longer-term.”

What do you think this woman should do? Share your thoughts in the comments section below…