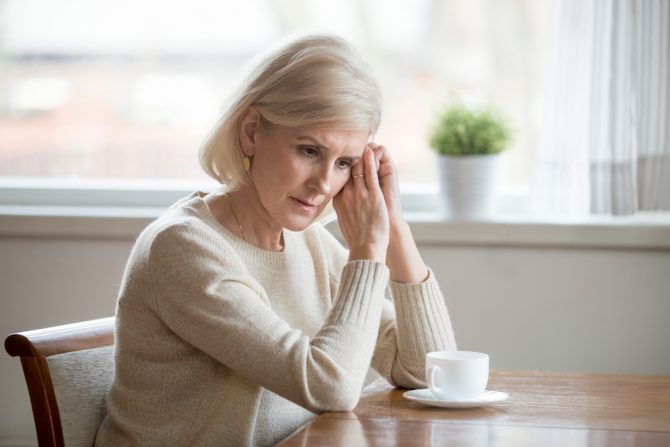 A woman just discovered that her husband of 25 years has been cheating on her with a much younger trans woman and she isn’t sure what to do, so she’s seeking advice from our buddy Rich Juzwiak over at Slate.

According to the woman, she recently learned that her husband has been maintaining “a two-year-long secret love affair” and meeting with his lover twice a week. But that isn’t even the half of it.

“First, I found out she was 23 when he met her (and he was 58). That was hard to digest,” the woman explains. “Then I found text messages between them that revealed modeling pictures of her. She is beautiful and a model!”

“How could a 55-year-old gray-haired mom whose body had three kids compete with that!?”

After several months of marriage counseling, the woman finally learned the young model who her husband had been sleeping with was trans.

She continues, “He says I make him complete. (We’ve been having daily sex for about a month now.) I don’t believe him. I believe he is scared to explore his sexuality in fear that it will upend his lifestyle.”

Now she wonders: “Is trans attraction ‘baked in’? Can you ever be ‘over it’? He was with her for two years! I can’t find any help online.”

In his response, Juzwiak tells the woman that her husband probably isn’t “over” his attraction to trans women because “taste and desires don’t evaporate when people commit to a monogamous partner; they just learn how to manage them.”

“I don’t think he’s telling the whole truth about his outside desires,” he continues, “but maybe he feels that to do so would be to further jeopardize the repair of your union, especially in its current, brittle state.”

Juzwiak goes on to say that, while the woman may desperately want to figure out her husband’s exact sexuality, it may not be that simple, or even possible.

“You may now be wondering if he is only attracted to trans women and thus is unable to be attracted to a woman who is cisgender, such as yourself,” he writes. “This is not necessarily so. Many men have completely internalized that trans women are women, and thus make no such distinctions.”

“But even if he enjoys certain features trans women may have that cis women don’t, he may also have a broad palate. Liking one thing doesn’t cancel out other things.”

Ultimately, Juzwiak says, she should do her best to accept what happened and find a way to move forward.

“Stop dwelling on this particular aspect of your husband’s infidelity and start thinking about whether you can trust him again as a partner,” he writes.

What advice would you give this woman? Sound off in the comments section below…