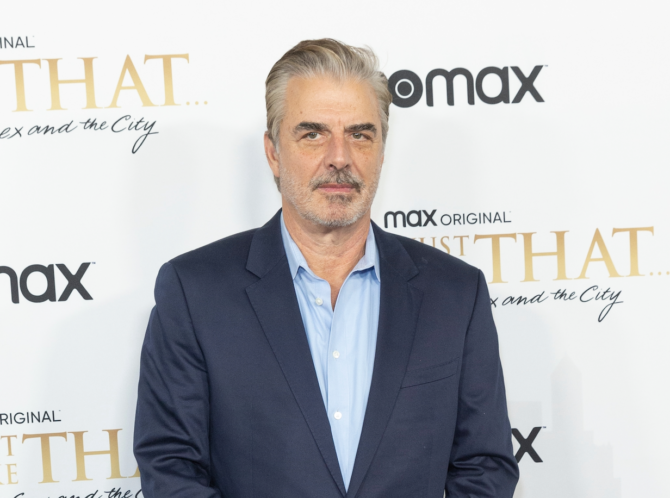 And just like that, the “Sex and the City” reboot has taken yet another blow and this one is, by far, the worst of them all.

HBO’s polarizing new series is starting to feel like it’s plagued. First, there was all the drama with one of the original show’s four leading ladies, Kim Catrall, who refused to return to the franchise. Then one of its beloved supporting actors, Willie Garson, died halfway through filming. Then there was the whole Peloton thing. And now actor Chris Noth (a.k.a. “Mr. Big”) has been accused of sexual assault.

Two different women tell The Hollywood Reporter that Noth abused them on separate occasions that took place nearly a decade apart. The women don’t know each other and reached out to the magazine independently and months apart from one another, but their stories are alarmingly similar.

Two women have come forward to accuse Chris Noth of sexual assault, which he denies. The women, who do not know each other, told THR that the 'Sex and the City' reboot stirred painful memories of the alleged assaults. Noth calls the encounters consensual https://t.co/UnibOZis5T

One of them says she was 22 when Noth violently raped her “from behind” in 2004, resulting in her needing to go to the hospital and later seeking counseling at a rape crisis center. Numerous people corroborated the story.

The other says she was 25 when she met Noth in 2015 while working as a server in the VIP section of a now-closed New York nightclub. She recounted crying and feeling “violated” when the actor “pretty forcibly” had sex with her in his apartment. She also shared text messages allegedly sent by Noth afterwards that certainly suggest the encounter wasn’t a positive experience for her.

Related: The internet has THOUGHTS about that ‘And Just Like That…’ plot twist

Shortly after the story broke, actor Zoe Lister-Jones, who worked with Noth on “Law & Order”, spoke out about an incident she had with him on set.

“Last week, my friend asked me how I felt about Mr. Big’s death on And Just Like That, and I said, honestly, I felt relieved,” she said in an Instagram post. “He asked why and I told him it was because I couldn’t separate the actor from the man, and the man is a sexual predator.”

She then recalled how he was drinking a beer on set and at one point leaned in to sniff her neck between takes, whispering, “‘You smell good.’”

Noth has denied the accusations made by both women in the THR report, calling the whole thing “categorically false.” He also denied ever being drunk on the set of “Law & Order”.

“The accusations against me made by individuals I met years, even decades, ago are categorically false,” he said. “These stories could’ve been from 30 years ago or 30 days ago — no always means no — that is a line I did not cross. It’s difficult not to question the timing of these stories coming out. I don’t know for certain why they are surfacing now, but I do know this: I did not assault these women.”

So far, neither HBO, “And Just Like That…”, or any of the cast members have commented on the scandal. Peloton, however, has pulled its commercial featuring Noth that aired shortly after the reboot’s premiere last week. In a statement, the company said, “Every single sexual assault accusation must be taken seriously. We were unaware of these allegations when we featured Chris Noth in our response to HBO’s reboot.”

This all happened in the span of one week. Is it me, or are things happening faster?

I 100% believe the women who came forward about Chris Noth and know that there are many more women who have yet to come forward.

peloton has had a WEEK https://t.co/UfaWKNafw0

And just like that, “Mr. Big” Chris Noth is dead to me https://t.co/BnHnahfaFB

beverly johnson all warned everyone about Chris Noth’s abusive ass back in 1995 and no one listened to her pic.twitter.com/9Q716wvx8n

I don’t feel so bad about them killing off Mr. Big now 🤷🏽‍♀️ #andjustlikethat #ChrisNoth pic.twitter.com/fW8HdxfbSa

The Peloton team trying to stay on top of all the drama Chris Noth drags them through this week pic.twitter.com/r95LHrNzac

The fact that Beverly Johnson told people about Bill Cosby AND Chris Noth but no one listened? The disrespect

Yeah that Chris Noth stuff sounds credible to me.

I just wish sexual assault wasn’t such a catchall, it can mean a slap on the butt to rape, and what he’s accused of here is rape to me.

When you realize Chris Noth played a BETTER version of himself on The Good Wife… pic.twitter.com/sGi8CiE21v

i couldn’t help but wonder did the writers kill Big because of the accusations or is Chris Noth just having a bad week? pic.twitter.com/MzAZhdPRaY