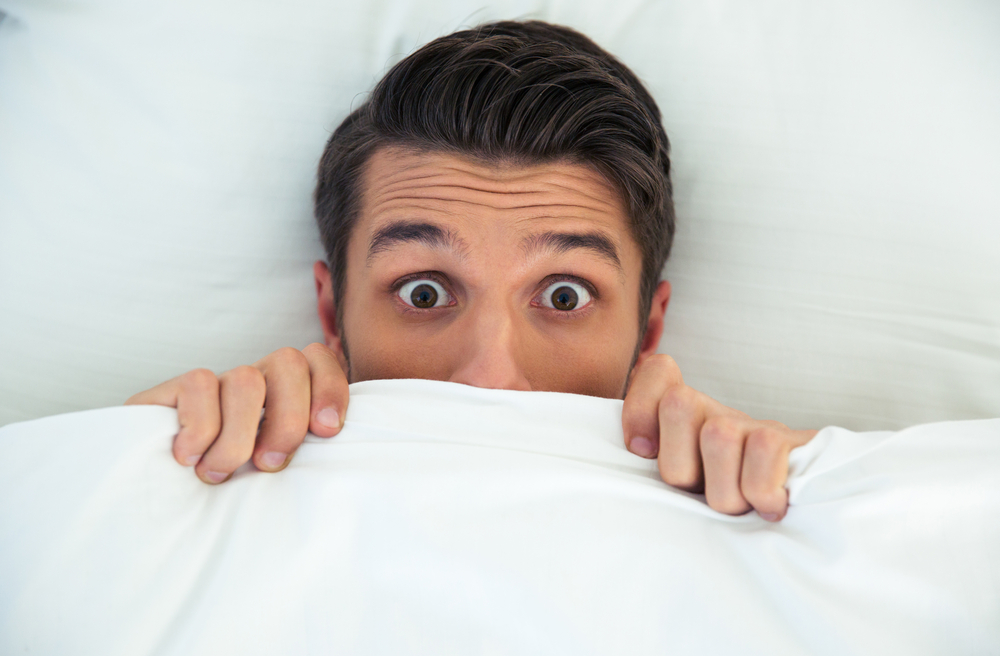 After I quit drinking two years ago, I realized two things: 1. That I hadn’t had sober sex since high school and, 2. that I didn’t have a six pack. But after many fiber-based meals, early mornings, and long, intense sessions on my back, I finally fixed that first thing.

At first, I confronted my lack of experience with sober sex in a healthy manner– by avoiding it and crying all the time. I avoided it because I didn’t want to know someone intimately, without a filter. As for the crying, it was because I was sad.

I went a long time before seeing a penis outside the Planet Fitness locker room.

It didn’t help that fewer guys wanted to sleep with me. Some guys would have drinking problems themselves, and I’d inadvertently make them think about that, which was uncool. Other guys would have cold, empty vacuums instead of souls, and I’d inadvertently force them to feel again, which broke their brains. Oops! Guys like that ghosted me or unmatched me or told me they were moving to Canada. Then I’d see them in Washington Square Park, where they’d wave to me and introduce their new boyfriend of six months. His mother’s name would be Paula. She’d be a social worker with a house in Flushing. She’d like cats. Sorry, I’m just literally telling you about one guy now.

It also didn’t help that I had to suddenly confront my other addictions: food, attention, dating apps. I was swiping on the toilet, swiping during rehab, swiping while crossing the street, swiping while getting my ass swabbed for gonorrhea. One time I walked into a pole on the sidewalk. I wasn’t even swiping. I just needed to tell you that.

But I digress. The point here is that I spent a year being abstinent–at first voluntarily, then less so–before deciding to fill the gaping hole in my life. Then things got harder.

I realized there was one obstacle still remaining between me and sober sex: I no longer had booze to quiet my mind. I couldn’t muffle my internal critic, couldn’t pacify my imagination. Reality and fantasy blended insidiously.

That’s why when Hans, a travel agent from Switzerland, messaged me on Tinder and said he was “looking for somewhere to crash,” I didn’t think: “Is he homeless?” I thought, “We’re going to spend the rest of our lives together!” When he arrived at my apartment and smelled like cheese, I didn’t think, “Has he showered?” I thought, “This is just a small obstacle along our road to happiness. Also, I love cheese.” When he came on my back while vaping, I named our children Shangela and Mariah.

Then it was over. He had rolled onto his back.

And then the answers came. They had been, in fact, collated and compiled into a single answer–an answer I’d known for quite some time: I didn’t need that drink. That drink would bring a buzz, yes–but If I listened to that buzz, I’d never hear the answer to anything else.

I kicked out Hans. We watched The Mummy first.

Evan Lambert is a Staff Writer for Topix.com. November 25, 2019 marked his two year sobriety anniversary. His Twitter handle is @evlams, and he’ll start tweeting again if, like, five people follow him after this.