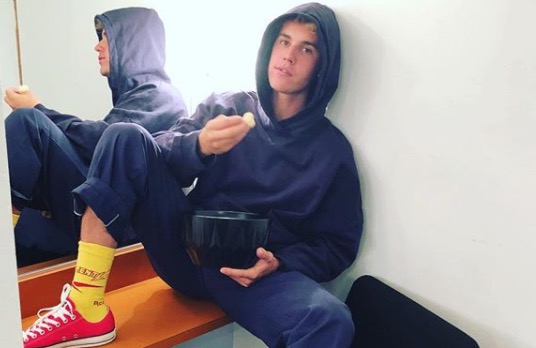 You never know who you’re going to bump into at the local gay dive.

You might briefly bump into conservative Milo sympathizer Chadwick Moore before he gets kicked out. Hey, you might even find Morgan Freeman saddled up with a drink. Unlikely, but possible.

But this week’s “what were they doing there?” story features Justin Bieber and Hailey Baldwin, who were both spotted at The Cranberry Bar, a local gay club in Zurich, Switzerland.

“I was sat in the bar for ten minutes when these four guys entered and walked around checking everything,” a source tells People, adding that “I didn’t realize at the time, but they were Justin’s bodyguards.”

Related: Justin Bieber shows off his tree but everyone’s admiring something else

“They ordered two beers and after that they kissed each other. They looked very intimate with each other,” the source continues. “Justin was sometimes drumming on the table but nobody realized it was him, so they weren’t disturbed by anyone.”

The two were left unbothered — likely why they chose the venue — and were able to canoodle in peace.

“They really looked as though they were totally in love. You could really feel that it was not like they were playing. She was very into him, smiling and laughing at him all the time. He also looked very in love with her. It’s wonderful that he may have found love after all this time.”