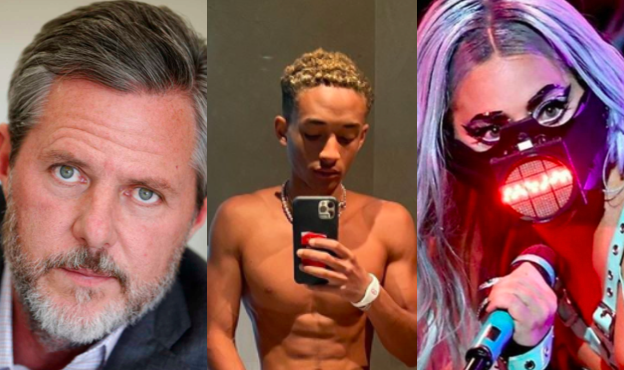 DEHYDRATED: Justin Bieber thirsting over Jaden Smith’s shirtless selfies is all of us. [Pride]

KISS AND TELL: Pool boy says Jerry Falwell Jr. “was laying on the bed… drunk and giggling” while he made love to his wife.

RESCINDED: Transphobic author J.K. Rowling had to return a civil rights award and, of course, she spewed more transphobia while doing so. [LGBTQ Nation]