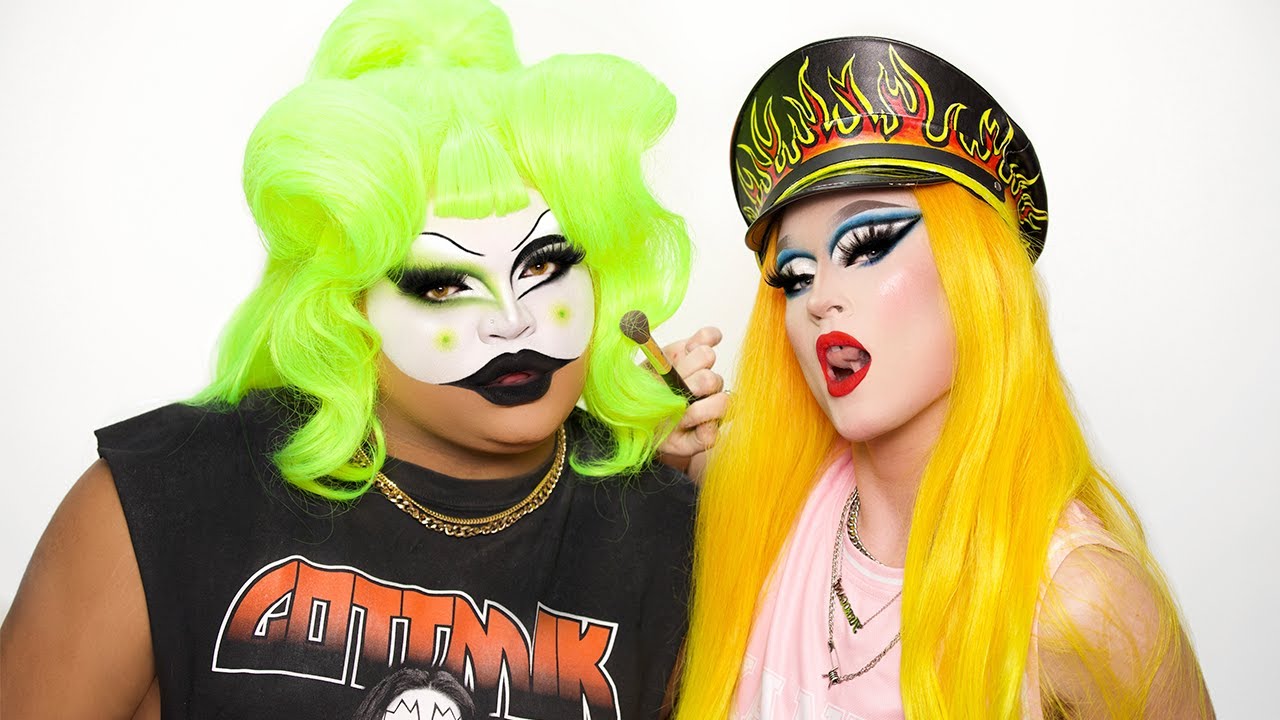 Since season 13 of Rupaul’s Drag Race aired, rumors have flown about one particular queen’s problematic behavior behind the scenes. Now, two of the season’s top finalists have all but confirmed what the fandom has long suspected.

Gottmik, who is a trans man, recently spoke out on his No Gorge podcast with Violet Chachki about a cast mate who was directly transphobic to him during filming.

In this clip, he states that this queen would call him a transphobic slur to his face:

He also states that this queen referred to season winner Symone and her iconic durag look as “ghetto”.

The problematic comments were apparently so frequent that Gottmik had to reach out to Drag Race‘s “Queen Care” therapy program during filming for support.

Related: Gottmik made history by crashing the “cis-tem” and showing the world that drag isn’t binary

Many fans suspected it to be one specific cast member in the comments. These suspicions were compounded when fellow season 13 finalist Kandy Muse simply commented, “It’s Elliot,” a.k.a. Elliott with 2 Ts.

Signs of tension between Elliott and the other queens have cropped up multiple times since the season aired. One of the first came in footage of the finalists live-reacting to their season’s finale as they awaited the announcement of a winner.

The top four cheered as the eliminated queens were shown in their best finale drag — that is, until Elliott was shown.

Their silence was heard loud and clear by viewers:

Gotmik, Symone, Kandy Muse and Rosé living for their the finale looks of their Season 13 sisters but quickly going silence when Elliott with 2 Ts was shown. pic.twitter.com/N9NS3rsyt4

A more public incident came about from comments Elliott made during a live watch party of the show, in which she praised Symone’s “Black girl magic” aesthetic specifically for not being “aggressive.”

“Word of the day: aggressive… Just wow,” Jaida wrote in a tweet, before sarcastically adding “I’m glad to know there are some black girls that can be elegant tho” and a rolling-eyes emoji.

“What I meant by that was, in comparison to someone like Eureka O’Hara, Eureka’s drag is larger than life with big shoulders and headpieces, really pageant, and over-the-top,” Elliott told Entertainment Weekly of the incident.

“Symone’s drag is very fashion model and off-the-runway. I meant that her drag isn’t the same loud, over-the-top drag as someone like Eureka.”

Despite the explanation, the fan base seems to have largely come to distrust the queen on social issues.

Gottmik herself has refrained from naming names in the situation, with her co-host Violet Chachki citing a non-disclosure agreement from filming.

“Even in that instance, even if it is ignorance or dumb or whatever, it still is their job to figure it out,” Chachki comments. “Especially when you’re going on a national TV program, especially about queer people, it’s your job to know what is appropriate.”