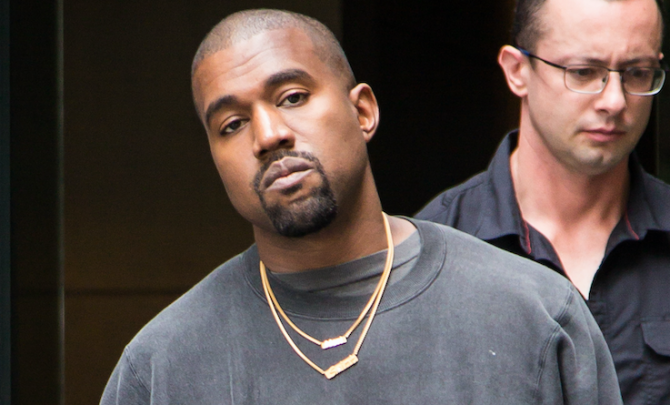 We stopped trying to figure out what Kanye West is thinking a long time ago. Between his support for Trump, tweeting “Bill Cosby is innocent!”, and trying to run for president in 2020, it’s a lot to keep up with when there are more important things to focus on.

But his latest tweet is sure to be a talking point.

In an apparent statement on Black underrepresentation in the music industry, West shared a video of what appears to be him urinating on one of his own Grammy Awards. For the record, he’s won 21 of them.

Related: #Goldenshower memes and jokes flood the Internet thanks to Donald Trump

“Trust me … I WON’T STOP,” wrote West to accompany the clip.

If you’ve never seen a golden statue get a golden shower, well, here’s your chance:

Trust me … I WONT STOP pic.twitter.com/RmVkqrSa4F

“Lived long enough to see Kanye West pee on his GRAMMYs,” wrote one commenter. “What a time to be alive.”

This comes on the heels of West sharing pages from his Universal Label Contract while demanding to be released from the deal, calling the music industry “modern day slavery.”

West tweeted, “Here are my ten Universal contracts … I need every lawyer in the world to look at these,” and after posting illegible images of contracts, then began tweeting out the pages, two at a time. “This is what me Kanye West deal looks like today,” he wrote. “I PRAY IN THE NAME OF JESUS THAT IT DONT LOOK LIKE THIS TOMORROW.”

However, it is unclear what his objective is in posting the contracts, which are written in the densely-worded legalese common to all such agreements and show that his deal has been renegotiated multiple times, with West represented by some of the top attorneys in the music industry.